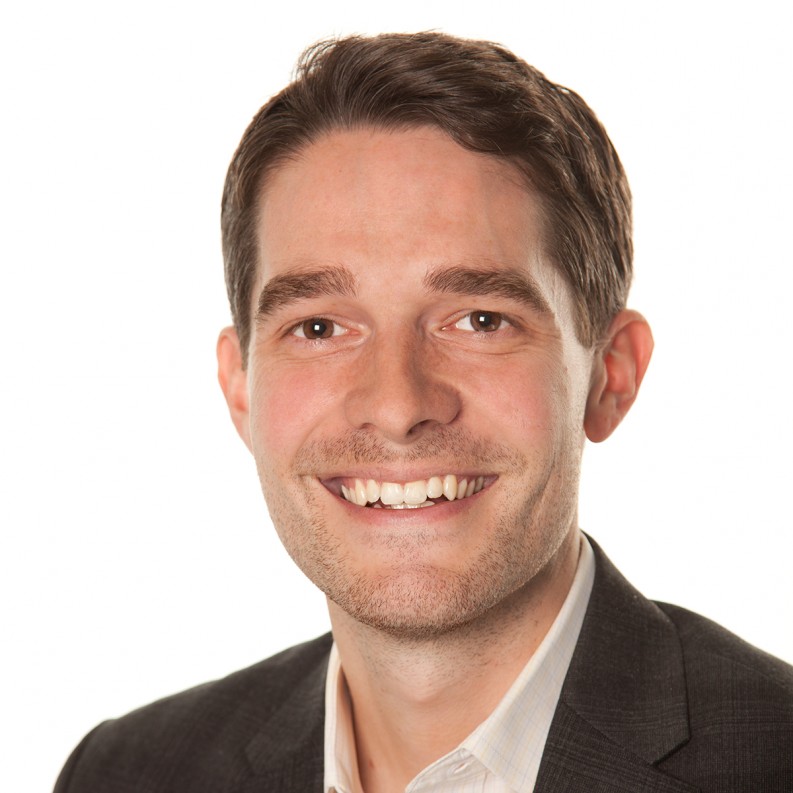 Editor’s note: In “My Agent By My Side,” We heard yesterday from Ro Cuzon, the lead author in the Movable Type literary agency’s experimental Rogue Reader program of agent-assisted publishing. Today, I’m especially pleased to have this essay, full of honest insight and generous candor, from Jason Allen Ashlock and Adam Chromy, Movable Types principals, who created the Rogue Reader project. After you read it, please join us in our Discussion piece for some quick follow-up thoughts. —Porter Anderson

One year ago we began work on a small digital experiment called The Rogue Reader, a showcase for suspense fiction by authors represented by Movable Type. Its aims were two-fold: it was both an effort in platform- and audience-building for our authors, as well as a laboratory for us to test some of our theories on digital publishing.

As we reach the end of the year-long experiment, we offer below some information and reflection: What We Did, What Worked, What Didn’t Work, What’s Next. Digital only, agent managed, and highly curated, Rogue aimed to blend the best of traditional and independent publishing.

Under the agency banner, the imprint would support, defend and promote each member.

In a marketplace defined by abundance, title-by-title marketing only grows harder and harder to do. Despite the Hugh Howey-sized argument for self-publishing success, individual authors going it alone are less likely to find success as they are to contribute to a massive retail aggregator’s long tail. Meanwhile, despite the John Green-sized defense of traditional publishing mechanics, most authors feel underserved by their corporate partners. So we aimed to create a hybrid: build greater mass by inviting our authors who were writing in the same space to gather together into a kind of collective. Focused on crime and mystery fiction, Rogue would build a library around new and backlist works that publishers had missed but that we believed readers would come to.

By the end of the second quarter of 2013, we’d published 10 works by six authors, hit 20,000 downloads, had a couple thousand readers sign up for our weekly newsletter, and attracted a thousand social followers. A modest success, to be sure. But large enough to measure, and large enough to learn from. Technology. We chose an affordable, user-friendly, lightweight publishing platform in Pressbooks. While we’d had repeated success with the impressive platform Vook offers, in the case of Rogue we wanted to build for the web first. Pressbooks not only offered a simple build-once, export-as-everything solution, but because Pressbooks runs on the intuitive WordPress CMS, our books mapped easily to our website—our books, blog, metadata, site and analytics were available from one dashboard. This allowed us to make Rogue works the core of our web presence — searchable, sharable, and sell-able, DRM-free, direct to our readers.

Ganxy’s content delivery platform (just recently out of beta and available to all) enabled us to easily transfer those DRM-free ebooks to readers and reviewers around the world via customizable storefronts and widgets.

Rogues Gallery. One of the virtues of agency-assisted publishing is the built-in affinity authors have for one another. Already grouped beneath the same representative, Rogue authors offered one another blurbs, endorsements, promotional and emotional support — and the occasional stiff drink. This was one of the core ambitions of Rogue: rather than our authors going it alone, each a tiny boat in a massive ocean, they’d join together to fight the waves.

Start-up Support. The booming publishing start-up space extends warm welcomes to experimenters, and Rogue was fortunate to have the support of many young companies offering their unique solutions to the industry. We paired samples with backstory in Bublish’s platform, chatted frequently with Bibliocrunch and their growing community, partnered with Wattpad to share Rogue titles with their massive membership, joined with Aerbook to try out content delivery by text message (try it out: text ROGUE to 646-490-0321), cross-promoted with the Scando-crime publisher StockholmText, and listened to the insight of Jellybooks and Valobox and Book Republic and Atavist and more. The support and transparency of this community is part of what’s prompted us to share what we’ve learned in articles like this one. Short-term Retailer Promotions. We were fortunate and remain grateful for having each of our authors chosen for the Nook First program, which generated immediate attention for each title chosen, and guaranteed a kind of floor for downloads in the first 14 days of the book’s availability. We further benefitted from Nook’s responsiveness to our pitches: in the case of Ro Cuzon, who wrote in this space yesterday, Nook sent a dedicated email blast to readers of George Pelecanos, who had given a very complimentary blurb to Ro, encouraging them to pick up Ro’s debut. Further, we ran a variety of successful Amazon Kindle promotions, choosing on occasion to go Kindle Select for a limited time to enhance the launch of a title. Graphic: Movable Type Management/The Rogue Reader (The reference to “Hogan” in this graphic is to Michael Hogan, one of five Rogue Reader authors.)

Going Rogue. For each Rogue author, publishers had either given up or taken a pass. For some of our writers, Rogue got a backlist back out; for others, it used front list to find followers and begin to build readership. In every case, Rogues connected with an audience across a variety of platforms, made money from their writing, and set themselves up for future success–and they did so without relinquishing any of their rights. For whatever comes next for each author, there is nothing off-limits: no rights reversion requests denied spuriously or delayed unnecessarily; no licenses in lock-up until corporate signs off. High-mindedness. As we said in the opening, Rogue was a laboratory for us to test various theories about digital publishing. The results from those experiments generally called into question the hypotheses we began with.

Many of our theories may have worked at scale–and more titles would have shown us. Looking at models like Entangled, the sheer title count provides the kind of expanded surface area necessary to draw a large crowd, and it composes a diverse enough catalog to open a revenue stream for further growth.

But finding content in the narrow category we’d established, under the precision curation model we’d proposed, is, to put it mildly, difficult.

We opened up for submissions late in 2012, inviting stories and novels from writers of crime and suspense fiction. While plenty of material crossed the desk, we weren’t persuaded to develop any of it. (A word of pity here for the oft-maligned gatekeepers.) Despite the desire to believe that verticals may be the solution to publishing’s problems, they’re harder to crack than the panacea perspective would suggest; they’re crowded in their own special way. I spoke to an executive at a Big Five imprint who launched a digital line in the same vertical we were playing in, and the numbers at that venture were equal to or less than ours across the same number of titles in their small catalog.

Community Building. While our site traffic has continued to increase, and our social following and newsletter subscribers have grown, building a dedicated audience takes an immense amount of, well, dedication. Growth comes in fits and starts. It takes time to attract a listener, more to build credibility, even more to build influence.

The sales outside of retail channels are dependent entirely upon relationship and community, and while we saw direct sales from our site rise and fall in a general upward pattern, no matter how frictionless you make the experience, readers are far more prone to discover where they buy and buy where they discover: in their preferred retail environment. Long-term Merchandising. While managed self-publishing preserves control and delivers high royalties, it limits the merchandising levers one can pull. Those levers that are within one’s control vary in their effectiveness.

Without a vendor relationship, we’ve dealt with the famed impenetrability of Amazon. We’ve watched the power of a Nook Pick decrease steadily over the past year, and sales in the Nook store decline overall. Our map of this decline mirrors exactly what we hear from colleagues and competitors.

As does our experience with Apple as a wild card. While Mark Coker of Smashwords continues to show that self-published works can find immense success there, others, like us, remain uncertain. Self-published works crack best-seller lists far less often in the iBookstore than on other platforms. We talked to one exec at a well-known start-up with a large backlist who claims iBookstore sales hover quarterly at 2 percent. (We were shocked, too.) Another VP at a fast-growing start-up says iBookstore sales are now over 20 percent quarterly. As much as they can all agree on the declining sales from Nook, no one seems to agree on the iBookstore. In his frank and articulate manner, Ro Cuzon described in this space yesterday the position he’s found himself in after The Rogue Reader’s launch of his first two novels. We expect such stories will be far more common as agencies begin designing and funding experiments like The Rogue Reader that collectivize and showcase niche collectives—what Curtis Brown joint CEO Johnny Geller aptly termed piloting this week in Two Experiments Running: Agent-Publishing in London.

Agents can wait and watch until self-published stars emerge and then step in to capitalize—a model that Kristen Nelson is clearly mastering — or they can be involved in the building of those stars on the front end.

Agents needn’t be the only ones who do this work, but as we proposed at Tools of Change in New York earlier this year, they are best positioned to do so — with their privileged position on the author’s side, their skill at curation and development, their knowledge of industry quality standards, and their every-readiness to license to the right partners.

But if agents don’t do it, others will—last week brought word of publishing journeyman Jason Pinter’s new effort Polis Books; NetGalley is now distributing the impressive ad hoc indie collective Patchwork Press; you can’t be on Twitter for more than two minute without hearing from Jungle Red Writers.

The experiments will continue, even as the market continues its undulations, and the learning curve insists on its steepness. We’re opening up our experience for discussion and evaluation in the hope that it will make it easier for all author and agents to climb.

We hear there’s a good view from the bleeding edge.