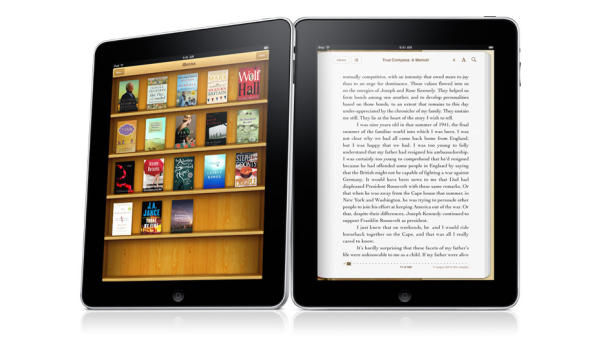 Apple has been found guilty of colluding with publishers to raise ebook prices. Putting financial ramifications aside, has the judgement damaged the publishing’s reputation with consumers?

Judge Cote’s decision came faster than expected: in an extensive 159-page decision (PDF), she wrote, “Based on the trial record, and for the reasons stated herein, this Court finds by a preponderance of the evidence that Apple conspired to restrain trade in violation of Section 1 of the Sherman Act.”

Having been found guilty of colluding to raise the price of ebooks, Apple going to face restitution. Of course, cash isn’t a problem for the company: it is sitting on a stockpile of some $120 billion, a figure that is on par with what the entire global book business generates in revenue over an entire year.

But what of the publishers who have already had to settle (Random House excepted). Not only is the cash due back to consumers and lawyers damaging, but what of publishing’s reputation with the public? Consumers are already convinced that books (digital or physical) cost too much. We can thank both Amazon and Barnes & Noble’s Leonard Riggio for that (don’t forget Riggio spent much of the early 2000s lobbying for lower print prices).

Ironically, this may be one instance where the public’s lack of knowledge of specific publishers and discreet colophons might actually play into the publishing industry’s favor. After all, most readers simply don’t know nor care to know who publishes what.

As our friend Boris Kachka, author of the forthcoming book, “Hothouse: The Art of Survival and the Survival of Art at America’s Most Celebrated Publishing House, Farrar, Straus & Giroux,” noted yesterday in the New York Times:

The Big Five have been so busy reducing old companies to brands that they’ve neglected the notion of what a brand should mean. Can any reader tell a Pantheon from a Riverhead novel? The logo doesn’t do the trick.

My guess is that to the majority of people with whom this judgement will even register is that this will ultimately be perceived a case of the government going after “big business” that is breaking the law in an effort to “screw the consumer.”

Of course, many of us in the publishing business might feel differently. After all, wouldn’t it be nice if, in addition to policing the book business, it would also spend some time and money investing something in the book business and literary culture?