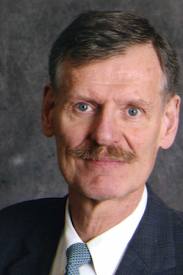 Horst Stipp will be a seminar leader at the inaugural St. Gallen International Publishing Management Course.

Book publishers are notorious for their lack of consumer data and research. But that’s not necessarily publishers’ fault. Horst Stipp, EVP Global Business Strategy of The Advertising Research Foundation, notes that the field of media research is not widely understood.

“Take television, for example, many people understand Nielsen ratings can measure how many people watch a particular TV show. But what they don’t know is the extent to which the show has been extensively researched in advance of it being released and a lot of research goes exploring audience tastes and so on. That is incredibly useful in offering the right strategies to produce the products that consumer groups can purchase.”

Note that Stipp — who previously worked for NBC Universal and has a background primarily in television — said “consumer groups” and not merely “consumers.” He is a firm believer in research that is focused on specific target audiences. “If you make books for business people, children’s books or books for women, you want to use different marketing strategies and to talk to consumers in different ways.”

Surveys are the Start of the Story

That conversation with consumers often starts with surveys. “You have to ask the right questions,” says Stipp, who recommends working with specialists. “The methods have a broad range and a range of budgets,” he says, “a good approach is to have a couple of people in your organization that have training in statistics and research methodologies. The other option is to hire an outside firm of experts.”

You need to establish what is important and not rely on mere anecdotes. “People take comments such as ‘my son never looks at a book any more, he just reads ebooks’ from a random acquaintance and this is taken as gospel. This is a big mistake. The markets are fragmented and complex, and there are huge cultural differences around the world. If you walk through a mall in Houston, you get a different opinion than in Paris, where there is a bookstore on every block.”

He laments the fact that so many surveys and survey results are based on small numbers, something which renders the data “unstable.” Naturally, he points out, “surveys of bigger groups are more reliable.”

How many people are enough? “If you have the right qualitative question based on 40 or 50 people, then you have to ask if this is the beginning or end of a story,” says Stipp.

For example, says Stipp, “If someone has an idea about a certain type of book and you then do some research with your target audience. If just one person out of 40 like the idea, then you can easily conclude that you can drop the idea and not spend any more money on the survey. If 35 people kind of like the idea, you might want to figure out what is the profit potential and what you want to do. You might then invest $10,000 or $20,000 in a survey to get a representative idea from a consumer group.”

How does this all translate into better publishing?

The most succinct answer is to say that it gives managers an opportunity to more precisely target areas of growth and deficit, and to act more confidently.

Again, Stipp emphasizes that the best research is the work you commission yourself: “One of the reasons that it is important to have people in your company who understand research, conduct research and can interpret data is that so much information comes from interested parties. If Google puts out a research study that shows how important research is or a television company puts out a report shows how important advertising them, they have an agenda in doing so. And then you have the basic misuse of statistics: when Amazon puts out a press release saying that sales of George Orwell’s 1984 rose by 5,400% in the month following the NSA scandal, the data is all but useless. They didn’t tell you how many copies were sold in the previous month, did they?”

Publishing is often thought as a business of educated guess-work, where no one really can predict what’s going to become a big hit — but consumer research can, at the very least mitigate, some of the risk.

Horst Stipp will be a seminar-leader at this year’s inaugural St. Gallen Publishing Management Course, developed by the University of St. Gallen’s MCM Institute and the Frankfurt Academy. He will be speaking on the topic of “The role of consumer research in publishing innovation.”