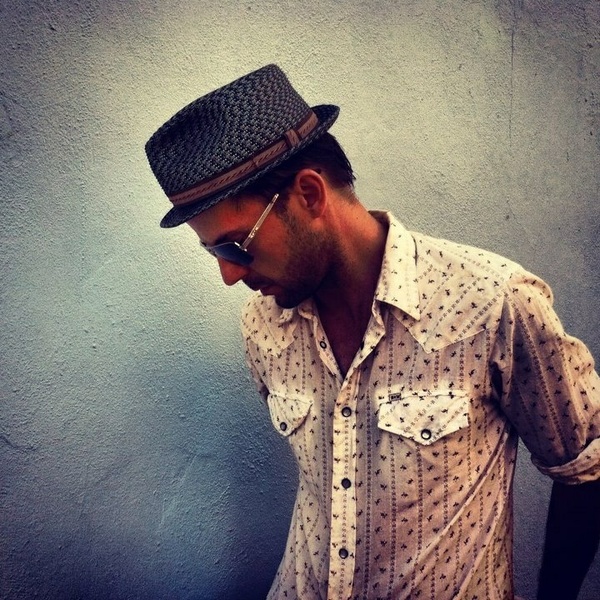 Editor’s note: I’m pleased today to have an essay written at Publishing Perspectives’ invitation by literary and noir author Ro Cuzon (pictured above). In our special focus this week on the issues around “agent-assisted publishing,” I commend to you the generous observations we’ve had from New York agents Brian DeFiore and Scott Waxman, San Francisco’s April Eberhardt, and London’s Jonny Geller and Edina Imrik. And I’m especially glad to have today’s viewpoint from the New Orleans-based, French-born Cuzon. He is the lead author presented by The Rogue Reader — a pioneering writer-collective created, curated, and operated entirely by a literary agency, Movable Type in New York. After you read Cuzon’s essay, please join us in our Discussion piece. I’ll have a bit more information for you there and some questions on which we’d like to hear your views. —Porter Anderson

“Every writer has his own story” In the winter of 2003, after completing the manuscript of a literary novel based on my experience living in the Caribbean, I began searching for an agent, sending out a bunch of query letters as well as a few emails. Very few agents accepted queries in the latter format at the time, but Adam Chromy did, and he was the first one to respond. He’d liked my sample chapters and asked me to send him the rest of the book. After reading it, he signed me on as a client. We met face to face about a couple months later.

I was a novice in every sense, and my manuscript needed a lot of work. But Adam insisted he saw something in my writing, and over the course of an entire year, Adam and I went back and forth about the book — over email, over the phone, over countless glasses of wine. Once we were both satisfied with the results, he started shopping it around.

A senior editor at Random House loved it and tried, unsuccessfully, to acquire it just before my move from NYC to New Orleans in early 2005.

“Too close to the edge of the genre”

Landing in New Orleans a few months before Katrina exposed me to an incredible variety of people, all with stories to tell.

Over the next three years, I wrote two more literary novels — writing in the afternoon, tending bar at night. Neither of them Adam thought he could sell. But I wasn’t daunted; I knew I was still learning my craft. And I’d learned to trust Adam’s insight. Through these first three manuscripts he had been very hands-on in my development, pointing out books he thought I should read, movies I should see.

It was around that time that he suggested I try my hand at crime fiction, since he thought my writing already contained some elements of that genre. He gave me some names — Lehane, Pelecanos, Crumley, James Lee Burke — to get started. A few months later, I began work on the first of my Adel Destin crime novels, Crescent City Stomp, set in post-Katrina New Orleans. As with the Caribbean book, several editors at what were then the Big Six expressed interest in the novel, but in the end none of them were able to buy it. Marketing thought it was too different, too foreign, too close to the edge of the genre. Not an easy enough sell.

But the character of Adel was already fully formed in my mind, and he had more stories to tell. So I started work on second Adel Destin story, Under the Dixie Moon. It was completed in December that year and Adam went out with it. Penguin showed interest, as well as Random House again. The brand new Mulholland Books said they’d come back to us with a deal right after the holidays but then decided to pass on it at the last minute — a very close call, they said.

So I did what all writers do: I just kept writing.

A few months later, as I was in the planning stage of my next novel, Adam came to me with a proposition. The times were changing. The requirement to seek permission from a Big Publisher before seeing your work in the hands of readers was quickly expiring. Every week brought news of an author finding success independent of a publishing house. And so Adam was thinking, along with his partner Jason Ashlock, about starting a digital publishing experiment.

“The first hefty check I got from Rogue” That experiment became The Rogue Reader, a kind of publishing collective that could put out books by authors they believed had an audience, no matter what Big Publishing said. Adam thought I’d be the perfect author for the launch, since I already had two completed and almost-sold novels that were part of a series. He suggested I re-write my Caribbean novel as an Adel Destin prequel (it became Under the Carib Sun).

The Rogue Reader, featuring “fiction from the bleeding edge,” was launched in the fall of 2012. Rogue designed and launched a website, a weekly newsletter, a social media network, a multimedia strategy. And at Bouchercon in Cleveland, they threw a party at a local bar to celebrate my first two Adel Destin novels, Under the Dixie Moon andUnder the Carib Sun finally seeing the light of day. Adam and Jason blanketed the conference with fliers and postcards and even rented a trolley to take folks directly from the hotel to the launch event. The weekend was surreal in a way: After nearly ten years, my books were out in the world, and readers of all kinds were responding to my work.

Thanks to my agent’s marketing savvy, Dixie Moon was a Nook First Pick for October. Before that first month was over, it had sold several thousand copies. By the end of December it had become a Library Journal Staff Pick for 2012 and one of Spinetingler Magazine’s Best Books of the Year. I’ll never forget the first hefty check I got from Rogue: I was being paid to be a writer. Blurbs and endorsements came in, from the likes of Sean Chercover, Laura Lippman, George Pelecanos, and James Sallis. I began receiving emails and tweets from readers I’d never met telling me how much they enjoyed my books. I was asked to write reviews for MulhollandBooks.com and to contribute to AskMen.com.

Not bad for a couple of manuscripts which, without The Rogue Reader, would have languished on my laptop’s hard-drive, unread by anyone.

With only my agent by my side, I have found my voice, honed my craft, and discovered my audience–and I’ve built a platform for my two upcoming novels. Next up is my third Adel Destin novel Crescent City Stomp. After that, a new work-in-progress: a stand-alone thriller set in New Orleans, the first draft of which I can’t wait to finish.

I want to know what my agent thinks of it.