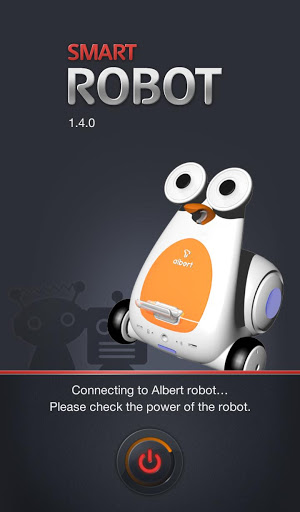 One of the most striking things about this year’s South Korea International Book Fair was the visible presence of digital publishers, who touted their latest educational products to the many children and families in attendance. Companies that don’t quite fit the traditional publisher profile also made an appearance. SK Telecom, a South Korean wireless telecommunications operator with 50% market share, was at the fair to herald its Smart Robot Albert, which was launched in December 2012 and is said to be the world’s first smartphone-based education robot.

Perhaps this shouldn’t come as a surprise — according to data compiled by Strategy Analytics, Korea boasted the highest levels of smartphone ownership in the world in 2012. When coupled with the high levels of private spending on education — the share of private expenditure on non-tertiary educational institutions is 23.8%, first among the OECD nations — the smartphone and other digital device-based educational market look ripe for the picking. “The smartphone itself is a kind of robot,” explained Edwin Daewoo Kee, a deputy senior manager at SK Telecom, who added that this strategy also keeps the price of the robot (KRW 200,000 or US $175) down for consumers. SK Telecom, which teamed up with small and medium-sized businesses to develop the robot, just provides the hardware. The various educational games, 61 so far, can be found under the Smart Robot Launcher Android app on Google Play. Accessories like the Smart Dice and Smart Pen are available for use with physical books and games. “We try to use traditional analog content like flash cards and books and a Monopoly game,” said Kee, “and we also want to support modern techniques like smartphones. I think it makes kids interested in this [robot].” But he admitted that there was still a gap to bridge. “Usually moms do not like IT stuff. So there is a gap between the moms and the kids, but we try to persuade the moms.”

Daisy Larios is a librarian and former Luce Scholar now living in South Korea and working for Seoul Selection as an editor.