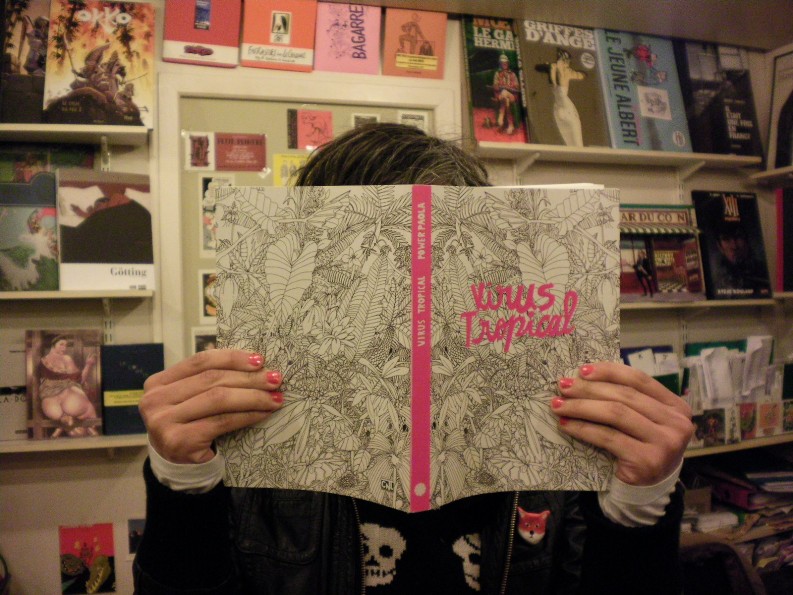 BOGOTA: When I surveyed a cross-section of Colombia’s comic book artists, graphic novelists, and publishers about the difference between comics and graphic novels, most said that the term graphic novels is simply a made-up term so adults won’t feel embarrassed that they are reading comics.

A few years ago “graphic novels were much more elaborate, in image as well as script, but that difference is becoming less apparent,” says Illustrator Miguel Bustos. “There are things that are not so elaborate and are labeled as a ‘graphic novel’ for purpose of generating extra sales, whereas books for children will nearly always be called ‘comics’ even if the work in the script is outstanding or the art is well executed.”

He points out that each person in the “field” has her/his own definition and, as we can see from the aforementioned comments, they do. In the midst of all these definitions by published and rising artists from the sector, one thing is clear: Colombian comics and graphic novels is an now exciting and vibrant scene. That was not always the case. In 1992, ACME magazine first set out to publish independent Colombian comic strips. Alongside it other small projects, such as Agente NaranJa!, Sudaka Comix and Golpe al necio, were working to make this graphic form of storytelling more available and visible.

Despite a lack of widespread acceptance of the form, stubborn illustrators and authors forged on, finding cheaper and cheaper ways to publish comics. Fanzines flourished: Robot in February 2003, and later, Larva, a magazine dedicated to publishing Colombian comics and graphic novels.

Today, the outgrowth of these fanzines, the Editorial Robot publishing house  counts among its authors Mónica Naranjo Uribe, Mariana Gil Ríos and Joni b.

The internet, as expected, has had a significant impact on the industry, primarily by providing exposure to the international market.

Nevertheless, there are still numerous commercial and intellectual obstacles facing a widespread acceptance of comics and graphic novels in Colombia.

Tax has been one: Daniel Jiménez Quiroz, editor-in-chief of Larva, points out that until the law was changed last year a 16% tax was levied on illustrated works and comics, as they were not yet considered on par books, which are free of tax. And the government has not offered incentives or benefits to support the comics and graphic novel industry.

When it comes to garnering review coverage, critic and editor Pablo Guerra believess that journalists in Colombia remain laregely uninformed about comic; Daniel Jiménez points out that many graphic novels are ignored by the media until their import is noted overseas.

Still, comics authors and editors keep fight for attention. One catalyst that has helped was the launch of the Entreviñetas comics festival.

Inaugurated in 2010, the first festival featured 20 local authors, including among Truchafrita, Nomás, Andrezzinho and Luto. In just three years, Entreviñetas has grown to include international guests from Spain, France and Canada, and expanded to become a traveling event.

For this year’s festival, taking from September 9 through the 15th, will take place in Bogotá, Armenia, Medellín, Ibagué and Pereira, and will feature international authors Peter Kuper and Gabrielle Bell. Some 50 events, conferences and workshops are planned.

If you are interested in graphic forms of expression, Colombia is the place to be.