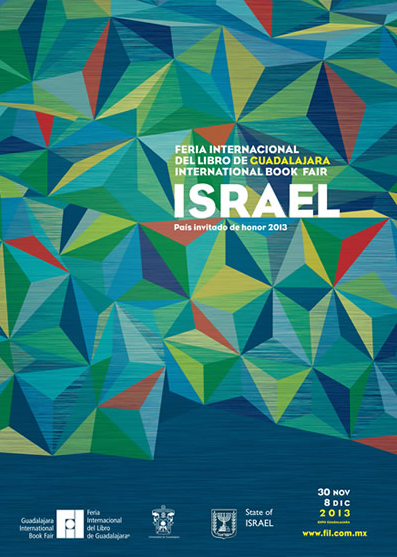 As the guest nation of honor at this year’s Guadalajara International Book Fair (FIL), Israel will introduce local audiences to a delegation of writers, academics and musicians, and present exhibitions of contemporary art and historic artifacts.

Ten Israeli publishing companies along with 36 writers, all of whom have had their work translated into Spanish, will be attending this year’s FIL, among them novelists Aaron Appelfeld, David Grossman and A.B. Yehoshua, as well as Savon Liebrecht, Zeruya Shalev and Etgar Keret, who returns to Guadalajara after an appearance last year.

Surprisingly, the participation of Amos Oz, arguably Israel’s most famous living author, has yet to be confirmed.

The 5,000-square-foot Israel pavilion at the FIL, designed by Mexican architect Enrique Norten and constructed entirely from recycled materials, will be officially inaugurated by Israeli president Shimon Peres.

The pavilion will feature exhibitions of facsimiles of the Dead Sea Scrolls and of Einstein’s manuscripts, and a space dedicated to science and technology, while the pavilion’s bookstore will feature editions in Hebrew, Arabic, Spanish and English.

The exhibition “Plural: A Panorama of Contemporary Israeli Art” will run concurrently at the Instituto Cultural Cabañas in downtown Guadalajara, featuring works by a dozen artists born in the 1970s and ’80s, while the FIL’s esplanade will play host to Israeli hip hop act Hadag Nahash, electro-pop band The Young Professionals and the psychedelic trance of Infected Mushroom. Israel’s Avi Ostrowsky will conduct the Jalisco Philharmonic Orchestra at Guadalajara’s Degollado Theater.

The FIL, the largest book fair in the Spanish-speaking world and which anticipates some 700,000 visitors, runs from November 30 until December 8.