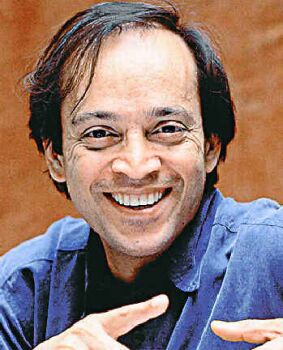 The Times of India reports that just one week after Random House and Penguin formerly merged, “to form the world’s largest book publisher with an estimated revenue of $4 billion,” that “the aftershocks have started.” The newly formed conglomerate has asked author Vikram Seth to return his $1.7 million advance, “a part of which was paid to him for A Suitable Girl, the ‘jump sequel’ to his best-selling novel, A Suitable Boy.”

Seth was scheduled to submit his manuscript in June but has been unable to do so.

The Times reports that Seth’s agent, David Godwin, is in talks with Hamish Hamilton, the imprint that was scheduled to publish A Suitable Girl by the end of the year. In a telephone interview hours before starting his negotiations, Godwin told the paper that, “It would be unfair to say the deal has been called off. Vikram has been known to take his time with his books. Our aim is to settle this new date with Hamish. If we can’t, then Vikram will decide what he wants to do next.”

One publishing “insider” quoted by The Times noted that Penguin Random House’s dramatic step is a clear demonstration of the dilemma facing publishers worldwide: “Worldwide, but especially in Europe, the publishing world is in a state of crisis. The focus now is on commercial books that can be churned out quickly and cheaply. The space for literary books has shrunk rapidly.”

Another insider speculated that there must have been more than just a minor delay involved for Hamish Hamilton to take such a drastic step: “It’s possible that Vikram Seth has not started the book or that it’s nowhere close to completion, which explains the move.”

Writing for livemint.com, in a piece entitled, “Lounge Opinion: Unsuitable Vikram Seth,” Somak Ghoshal expanded the view beyond the controversy surrounding Seth’s incomplete manuscript to what he sees as larger issues facing publishing:

Whether or not Seth is forced to return the advance, the crisis turns our attention to some disturbing aspects of the modern publishing machinery. Unlike the olden days, when the life of a writer was supposed to be all want and hardship, contemporary publishing has changed the ethos of the writerly life. A six-figure advance, once unthinkable, is a common feature of the industry now, with sums reaching astonishing heights for the more successful names. In 2009, Scribner paid $5 million to Audrey Niffenegger for her second novel, “Her Fearful Symmetry”. Amitav Ghosh was reportedly paid Rs.44 lakh by Penguin Books India for his ongoing trilogy.

While higher advances ensure a better quality of life for those who have embraced writing as a full-time career, the figures can look deceptively large when flashed as newspaper headlines. A book usually takes several years to complete, unless you are churning out a quickie, and if you have nothing but the advance to depend on to finish it, then even supposedly handsome sums may feel stretched beyond a point. Take away the agent’s commission and taxes, and what you are left with may be just enough to pay the bills, not sponsor a glamorous lifestyle. And let’s not quibble too much about whether or not six figure advances are really a “common feature of the industry now.” In reality, those days are long gone.

The chief problem with advances is that they are rarely indicators of an author’s true genius. The publishing industry, like any other profit-making business, evaluates the worth of authors on the basis of their sales history or projected sales figures. In India, writers who churn out bilge usually end up getting the heftiest deals from their publishers. Feted and lauded by a majority of readers who seek easy gratification from books, these writers, like rock stars, command an enviable fan following, and make millions through advance, royalty, and endorsement deals. Fortune favours them not because of their deathless prose but because of their ability to intuit the pulse of their target readership. All of which is fine, since publishers have to make their margins in order to sustain their business and indeed, to be able to publish serious (and less read) genres like literary fiction and non-fiction. The trouble is not with making money but turning money into a marker of quality.

The more prudent thing perhaps is to pay modest advances and hope for steady sales that will ensure regular royalty cheques to authors. Publishing has always been a gamble of sorts, dictated as it is by the whimsy of what qualifies as public taste at a given point in time. Even seasoned practitioners of the trade have had to eat humble pie every once in a while.

Yes, but you rarely read newspaper stories about those midlist writers who routinely earn out those modest advances, nor the editors who commission them. Those writers are, ultimately, the backbone of the industry.