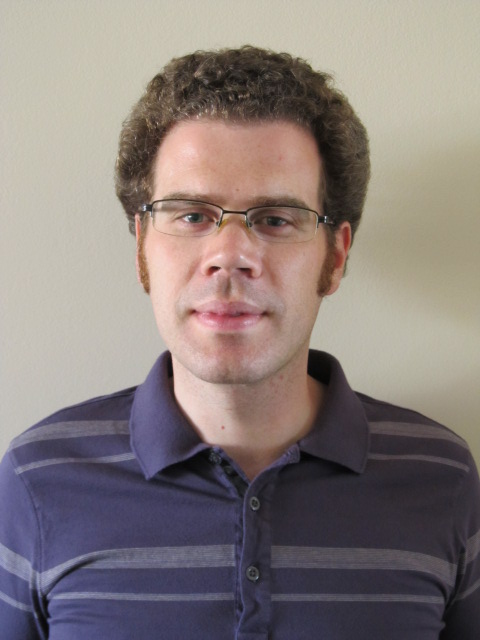 LIMA: It’s been a solid half-decade since the first e-readers hit the market, and the debate around digital technology and reading is only getting more heated and less conclusive by the day. A list of bestselling e-books for 2012 seemed to show that the format was not a favorite among the more literary-minded crowd, with critics surmising as to why that might be. Yet there has been some interesting talk lately about how e-books are making it more financially feasible to publish translated literature, for example, and take risks bringing new voices from around the world to English-speaking readers, once an economically daunting proposition. Indeed, there is a small but growing group of startups taking this route (New Vessel Press, Ox and Pidgeon, Frisch & Co., Deep Vellum). But the list of advantages offered by ebooks doesn’t begin or end there.

I had the great fortune to take part in the 11th Annual Editors’ Week organized by the Fundación TyPA in Buenos Aires this past April. The entire program was incredible (and I highly recommend it to any publisher wanting to learn more about the wealth of fine Argentine authors, past and present), but one of the most interesting things for me was the chance to talk to fellow ebook publishers in Argentina, where the market is growing steadily. These conversations got me thinking about the worldwide ramifications that ebooks could (and are already starting to) have on works in translation, and how these works get translated in the first place.

First, it might be useful to provide some idea of what the Latin American book market is like. When I first moved to Peru eight years ago (well before my small publishing house Ox and Pigeon was even a synapse in my brain), it was immediately obvious to me that where books were concerned, the region had an abundance of interesting writers but at least one glaring problem: distribution. If you were looking for a certain book, you had to know who published it, and after that, find out which bookstore (often only one, in the case of Lima at that time) imported that publisher’s books. If you were lucky, they had ordered more than one copy and might have it in stock. Clearly, this is not the sort of task casual readers are up for.

But things were not always this way. Legendary publishing houses such as Sudamericana and Emecé in Argentina or Joaquín Mortiz and ERA in Mexico spent decades building relationships and distribution networks with booksellers throughout Latin America. Starting in the 1980s, though, many of these companies either went out of business or were bought up by international conglomerates who—despite their worldwide presence and the undreamt-of resources at their disposal, as well as the argument that their multinational structure would actually help improve things—proceeded to dismantle these distribution networks and severely localize the markets in each country. Nowadays, a major Spain-based publisher may have offices in nearly every country in Latin America, but the only titles distributed from Spain to all of these offices are by the mega-famous likes of Carlos Fuentes or Isabel Allende. All other authors are of “local interest” only—Argentine authors are published by the Argentine branch and offered only in Argentina, for example. While readers in Peru may have no trouble finding a review of an Argentine author’s book online, odds are slim that they will find the actual book in their local bookstore.

This, of course, is where ebooks come in. As E.J. Van Lanen notes on the Frisch & Co. blog, digital publishing eliminates or significantly lowers many of the expenses associated with traditional publishing (printing, distribution, etc.), thus making it possible to at least break even on normally cost-prohibitive translations (since just paying the translator adds thousands of dollars to the ordinary publishing process) without having to rely so heavily on donations, grants, or other factors which necessarily influence what risks one is willing to take, and thus which books one is willing to publish.

Going one step further, these lower costs don’t just apply to translations, but to ebooks in general, in all languages. We are starting to see small ebook publishers pop up all over the world, where such undertakings would have been far less likely just half a decade ago. The people behind these projects still need to sink exhausting amounts of time, inspiration, quality control, and yes, money, into their publishing ventures, but it is now possible to be an American living in Peru and buy a novel by a talented young author from Córdoba, Argentina the day it is released, and then turn around and translate that novel and make it available to English-speaking readers around the world in record time. Before, all the variables involved made it unlikely that such a book would even make it to our (theoretical) translator in Lima, to say nothing about being translated for readers in the UK, Australia, or the United States.

Can a small publisher afford to take a risk on this unknown but talented Argentine writer? Can people in other Spanish-speaking countries get their hands on this book? Can a translator get permission to translate it? Can she find a publisher willing to put that translation out? Can that translation find its audience in English-speaking countries? Are there enough readers to ensure that the publisher won’t go broke bringing out this labor of love? The answer to all of these questions is infinitely more likely to be “yes” now, thanks to ebooks.

As happened with music, new digital formats paired with cheap and easy access to means of production bring with them a flood of new material; the problem faced by listeners circa 2000 was how to sort through this information overload and find things that appealed to them. All considered, this is not the worst kind of problem to have. But taking into account the fact that the time needed to write, edit, and read a book is often much greater than in the case of music, I think it’s fair to say we will be looking at a related but different set of problems.

Now, publishers’ long-held claim (one that has increasingly been called into question as of late) that they are necessary in the age of self-publishing because they are the “gatekeepers of quality” may start to take on a new meaning. Digital publishers can use technology to improve upon past models, acting as a relied-upon source of interesting reads from around the world and cultivating their audience’s trust in their curatorship through a growing catalogue of books unavailable elsewhere. And they can do this because of the ease of communication and increased contact with publishers in other countries, making the relationships between authors and publishers, publishers and translators, and translators and target-language publishers in other countries closer, smoother, and more flexible than ever before. This setup obviously promises benefits for each member of that chain, but above all, it is exciting news for readers.

Lucas Lyndes lives in Lima, Peru, where he works as a translator. He is co-founder of the digital publishing house Ox and Pigeon, which aims to bring translations of heretofore unknown foreign-language writers to English-reading audiences.