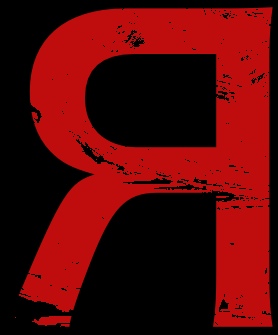 We talk a lot about “entrepreneurial authors” these days, rightly stressing the growing importance of business savvy and professional conduct for writers amid the digital dynamic.

And per our focus this week at Publishing Perspectives, we also are looking at literary agencies and their company practices; at experiments in new models; and at observations and reactions to those experiments.

In our lead essay today, “My Agent By My Side”: An Author’s Assisted-Publishing Experience, literary and noir author Ro Cuzon — an accomplished entrepreneurial self-publisher — graciously drops his sweet, Big Easy jive to write with real candor about his own journey as a writer, and about the key place in his development of one of those experiments, The Rogue Reader.

Opened last year, The Rogue Reader is a carefully crafted experiment in agency-assisted publishing, one you might be tempted to call “high concept.” Its sleek, dagger-sharp focus lies in its bespoke development by literary agents Adam Chromy and Jason Allen Ashlock at New York City’s Movable Type Management (MTM).

To mention quickly just three of the Rogue’s singular and smart elements:

Rather than give you more detail here, I’m going to ask you to look in on us Thursday, when we’ll have a much more extensive understanding of The Rogue Reader concept of agency-assisted publishing for you.

I’ve given you these three points because they relate most immediately to some of the concepts we’ve touched on so far this week in our survey of opinion and potential in some concepts of agency involvement in client-author publishing.

With much more such technical and aesthetic detail to come tomorrow, our questions to you today relate to something we’ve had little chance to look at this week so far: the relationship between agent and author as it pertains less to business and more to the art.

Originally from Brittany and said to have boxed as a teenager, Cuzon likes to hint in interviews of missteps and hard knocks. That low-to-the-street rhythm that mixes as easily with bourbon as with jazz seems never far from the guy. He was born to this idiom.

And yet, note the friendship you hear underlying Cuzon’s comments about his agent of many years before The Rogue Reader was developed:

Adam insisted he saw something in my writing, and over the course of an entire year, Adam and I went back and forth about the book — over email, over the phone, over countless glasses of wine. Once we were both satisfied with the results, he started shopping it around.

You don’t hear this kind of talk from authors as much these days as you once did about their agents’ involvement in their writing, in the development of their craft. Or do you?

Am I wrong? It seems to me that in decades past, an author interview almost always included some story of the writer’s closeness to either an editor, an agent, or both — patience worn thin, arguments that broke through to epiphanies, real influence on the work by these representatives, whose business, then, lay so much closer to the writing, itself.

Our questions for you today are these:

(1) How close can today’s agent-author relationships be?

(2) Could the new emphasis placed on entrepreneurial savvy and professionalism among writers—and on what’s appropriate and what isn’t appropriate for agent-author relationships in an upended commercial setting—be making it harder for agents and authors to share the work, itself, in the kind of trusting collegial frameworks of past generations?

(3) Do today’s digitally distracted (and query-slammed) agents, like their authors, have the kind of time they once did to devote to development of the craft and work?

Join in the discussion in our comments if you will, and thanks for reading.