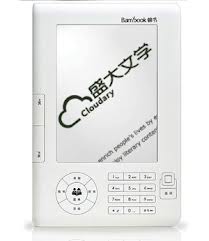 Goldman Sachs and Singapore investment company Temasek have invested $110 million to purchase a stake in Shanda Cloudary, China’s leading digital publishing platform (which we’re reported on frequently in the past).

Bloomberg, which initially reported the news, estimates the value of the company at $600 million, down from the $800 million the company had been previously estimated prior to the firms aborted IPO earlier this year. To As of 2011, when the company first applied for an IPO in 2011 had only valued the company at $200 million.

All in all, this indicates massive growth for the firm over the past two years.

Of note: Shanda Cloudary, in addition to selling its own Bambook ereader, is also said to be developing an Android-powered smartwatch.