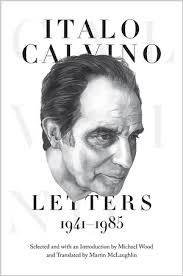 When the Italian writer Italo Calvino suffered a brain hemorrhage in 1985, the national newspapers ran daily updates on his condition. When he died two weeks later at a hospital in Siena, he was 61 years old and among the most admired post-World War II Italian intellectuals and revered around the world.

“Italy went into mourning, as if a beloved prince had died,” Gore Vidal wrote of the funeral.

As author of a volume of Italian folktales — Calvino was called Italy’s Grimm — he was read by nearly every child in the country. His novels, such as The Baron in the Trees, The Cloven Viscount, Mr. Palomar, and Cosmicomics were read by nearly every adult with an interest in such things. Everyone else read his political commentary in the newspapers of the day.

The writer to whom he is most frequently compared is the Argentine Jorge Luis Borges, but this applies only so far in that as both writers invented fabulous, wildly imaginative fiction unlike like anything that had come before.

Though Calvino had been writing since just after World War II, when his first novel, in 1947, A Path to the Nest of Spiders, offered a neorealist account of his time in the communist partisans fighting the Nazis, it took until 1974 for American readers to take notice, when Vidal published an appreciative essay in The New York Review of Books. Since then, Calvino’s major works have never been out of print in English.

Amazingly, Calvino continues to be published: Earlier this year, Princeton University Press put out a volume of his correspondence, Italo Calvino: Letters, 1941-1985.

Calvino is something of an acquired taste. His novels are complex, puzzling and demanding: He came from a generation of writers who assumed among his readers a level of cultural, scientific, philosophical and historical literacy that isn’t nearly as prevalent today. That is not to say that Calvino can’t be appreciated by a contemporary reader. Quite the contrary.

Calvino’s 1979 novel If on a winter’s night a traveler opens with the type of bold, declarative statement that echoes today’s television characters who talk back to the viewer or, perhaps more appropriately, the typical introductory post on a billion blogs: “You are about to begin reading Italo Calvino’s new novel, If on a winter’s night a traveler. Relax. Concentrate. Dispel every other thought. Let the world around you fade.” The novel itself is composed of 10 first chapters, each in a different literary genre, that never quite come to a climax. Reading it is not so unlike channel surfing or a long, involved session of Web browsing.

Calvino’s famous work Invisible Cities comprises a series of 55 portraits of mysterious cities as told to the Tatar emperor Kublai Khan by the Venetian explorer Marco Polo. The city of Zoe, for example, is described as place of “indivisible existence, where every activity that is possible is happening at all times, but creates such a cacophony that all the voices and people become indistinct.”

Could you think of a better description of our media-saturated world?

What’s most striking about reading this new collection of letters is not necessarily what Calvino says — such collections are primarily published for enthusiasts or academics who come to the book with some prior knowledge of the writer and his work — but the very fact that in today’s digital age, we might be the last generation to be treated to such volumes.

Today, everything is quickly lost to the ether of the electronic domain. Letters, when they were written by literary masters, were essays in and of themselves. Email is a pragmatic form and highly disposable (just hit delete); social media, be it Facebook, Twitter or a blog post, merely masquerade as intimate or personal, but how can they be when they are intended for an audience of many (your friends or followers) or even millions?

Letters, on the other hand, have an audience of one; they represent one mind speaking to another. This very notion was not lost on Calvino. In a letter to Vidal to thank him for the New York Review of Books essay, Calvino wrote: “The conclusion of your review contains a statement that seems to me to be important in an absolute way. I don’t dare to wonder whether it is true if applied to myself, but it is true as a literary ideal for each of us: the aim that each one of us has to reach has to be that [as Vidal wrote earlier] ‘writer and reader become one, or One.’ And to encompass both your discourse and mind in a perfect circle, we will say that this One is the Whole.”

If reading the work of Calvino does anything — it is very entertaining as well as stimulating — it reminds us that writing is a medium for more than mere commerce, self-promotion or letting our spouse know we’ll be picking up the kids at the pool at 5.

A version of this article originally appeared in the July 27 edition of the Dallas Morning News.