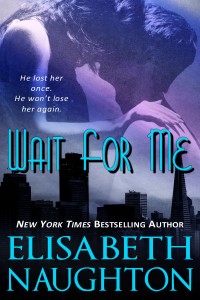 The idea behind BookBub is exceedingly simple. “BookBub is a service that highlights limited time deep discounts on acclaimed ebooks,” says Josh Schanker, founder/president of BookBub, which hit a million subscribers earlier this year and is now closing in on 1.5 million. “Readers sign up, and then receive an alert when there’s a discount on an ebook which matches their interests.”

Although the service is merely a year old, business is booming, suggesting that BookBub has struck upon a need in the publishing marketplace.

“We launched to help readers discover new books at great prices. And it’s working — readers are flocking to us. We’ve done some online advertising but a lot of growth has been word of mouth. Thousands of readers sign up every day.”

However it’s not only readers who benefit from the cheap reads, says Schanker.

“Publishers have found that it’s a great way to get their books and authors discovered. If we feature a book, not only does it sell thousands of copies, but the author’s other titles pick up sales also.”

As has been endlessly noted, as the number of physical bookstores on city streets declines, “discoverability” has become a key issue in the book trade. Schanker is convinced that offering limited time discounts is an excellent tool:

“The trend is clear – when it comes to ebooks, publishers today need to market directly to the consumer. And that’s different from how things worked before — historically they marketed to bookstores, and the stores helped readers discover books. Ebooks are available anywhere, anytime, on any device. How do you make them stand out? Price promotions are in an experimental phase right now, but so far they seem to be working well.”

Schanker distinguishes BookBub from its competitors by stressing the curated nature of the experience. “We reject more than half of the books that publishers submit to us — we only feature the best ones. We also allow members to choose the type of book they want. We have twenty categories — and if you sign up, you’ll only receive alerts about books that match your interests.”

So far the most popular genres are mystery and thrillers, which was no surprise to Schanker. “These two genres are always amongst the most popular. But we’re regularly adding new categories, and that can be a surprise as we’re never sure how they’ll perform. We talk with our members about which categories they’d like to see.” Currently, five of the Big Six advertise their promotions on BookBub’s list. Rates begin at $40 for a listing and rise to over $1,000, all depending on the category and price point. In the last few weeks alone, BookBub has featured traditionally published bestselling authors like Jonathan Kellerman, Ann Patchett, Jumpah Lahiri, Curtis Sittenfeld, and recently titles have included even more exotic literary fiction, such as We, the Drowned by Carsten Jensen, a 700-page epic translated from the Danish.

“And we have hundreds of top-tier independent authors also,” adds Schanker, including authors such as Colleen Hoover, Bella Andre and J.A. Konrath.

But can anyone who’s uploaded 100,000 words of gibberish to Amazon hand him cash to advertise it? Here, as before, Schanker stresses the curated nature of BookBub.

“No. When independent authors submit work, we ask: who is this? Does he have a body of work? Has it met with critical acclaim or reader acclaim? Who was the editor? We look for these sorts of things. It’s essential to maintain the trust of our subscribers.”

So what can publishers that feature discounted books on BookBub expect?

“If it’s a book in one of the larger categories, then it can sell thousands of copies as a result of a listing. We feature it in our email once, but leave it on our site for as long as it’s available at the discount price. The publisher decides the amount of the discount and how long it’s going to run; we’re not selling the book — we just feature the discounts available at all the major e-retailers, and link to them via email and through our website. But if a publisher wants to list at a price point that we feel is not good, we might not run it. It has to be a good book at a good price. We always want to feature the best deals for our members.”

And what constitutes a good price? Well, there is no great secret here: the cheaper the better, says Schanker.

“At a lower price, more people will take advantage of an offer and are more likely to buy another book at full price. The point of the limited time offer is to spur demand for full price books, not to maximize on a temporary discount. We’ve done studies and found that the difference between offering a book at $2.99 and at 99 cents is that twice as many people will buy it at 99 cents. So when you think about the price point you also have to think about your marketing goals. If an author has a new book out, then put a backlist title on offer for as low a price as possible — this will expose the author to the broadest audience. You make less money on the backlist to make more on the new book.”

Indeed, adds Schanker, sometimes a book has continued to sell well even after the discount has ended, citing the experience of Elizabeth Naughton as an example. “Before Elisabeth featured a promotion with BookBub, she was already selling extremely well on Amazon, but she had not gotten the same traction among readers who purchase ebooks from other retailers such as Barnes & Noble.

“Then she featured a 99-cent promotion with BookBub earlier this year on her book Wait for Me. This title, which wasn’t even in the top 100 on B&N beforehand, shot up to #3 overall on the site. After her promotion, she raised the price back to $2.99, but the book stayed on B&N’s bestseller list despite the price increase, and it remains in the top 100 on B&N today, more than a month later. In addition, because of the sustained sales she made with the B&N audience, she hit the New York Times bestseller list for the first time.

“Of course, not every author sees these results — it’s very dependent on a number of factors. However, it shows that featuring a price promotion with BookBub provides a great deal of exposure that can in turn help the publisher and author get readers and sales well beyond the BookBub audience.”

So, with its ever expanding subscriber base hungry for cheap deals, has Bookbub ever wrought unholy havoc upon a server?

“No,” laughs Schanker. “The retailers we partner with have robust systems. We haven’t crashed Amazon yet.”