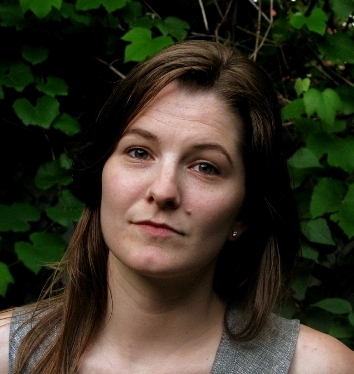 As Book Country relaunches on Wednesday, it has become safe terrain for literary novelists.

In fact, what began as a program only for writers of mystery, science fiction, fantasy, romance, and thrillers in April 2011, this week is blowing open its frontiers to authors in more than 60 categories.

A fun rollover “map” of Book Country’s many provinces now includes nonfiction categories and sub-categories including travel, along with fiction work in middle grade; YA science-fiction and dystopian; steampunk; women’s fiction; comedic fiction; even the much-debated New Adult category. The program’s tighter original focus, says founder and President Molly Barton — who is also kept mildly busy as Penguin’s Global Digital Director — had to do with sensible growth and with a writerly openness to teamwork. In an interview from her offices in New York, she tells me:

The idea was that writers of categories would be more open to collaborating with one another on the Internet. I’d watched romance writers, for example, go out into the far reaches of the Internet, along with other writers thinking of the Net as a way to find readers. Writers who are working in genre fiction really want to satisfy and entertain their readers, so I think they’re more open to feedback from their audience—they really want to get to the point where their audience is happy.

She must have been on to something because Book Country now has 8,300 members, and the service has experienced 34% growth, according to Brandi Larsen, the program’s Director, this year alone. Only two-thirds of that membership is from the United States, with 37% of participating authors in Croatia, Israel, Switzerland, South Africa, Belgium, Pakistan, the UK, Canada, China  and more.

And echoing a poignant essay she wrote for the Huffington Post about founding the program — New York isn’t Book Country Anymore — Barton celebrates the far-flung reach of the site’s service: defying the Brooklyln-Manhattan axis that once ruled publishing, fewer than 2% of the Book Country membership lives in New York City.

The program has become a bustling combination of prepared educational elements and serendipitous shared critique.

For example, even as the map of publishing categories widens to take in so many new areas, clicking on any one takes you to a page of information about that category.

“One of the things I like about the genre map,” Larsen says, “is that it encourages writers to find their kind of work and think of it with other such books, as on a shelf. We want them to imagine where it should be in a publishing project.” The background page on literary fiction at Book Country includes a sliding selection of “landmark titles” in the category, recommended reading for authors writing literary.

In line with that idea, part of the educational element of category explanation here is a virtual shelf of books representative of that genre.

“What are the titles I need to read, as an author, in order to be well-versed in my own genre?” Larsen asks. “This is what we want them to have,” along with the collaboration and discussion the community provides.

When asked, Barton assures me that the representative books listed aren’t limited to the output of Penguin Random House. “Absolutely not. The books here are those that are really ‘landmark titles’ of their kind.”

Once grounded in the background and details of his or her category, then, an author goes to work in an iterated process of share-and-critique. Each author is asked to critique at least one other work from a colleague on the system. And, in turn, each writer is getting an average 5.8 reads and critiques by others.

Barton and Larsen have shown me the public critiques of one writer’s 58 revisions of his book, no less, while assuring me that the average writer goes through six drafts.

They tell me that what members asked for most frequently when asked was private messaging. The authors at Book Country have wanted to be able to follow up on public, shared critiques with background conversations for clarity and deeper debate about points of response from their colleagues. With the relaunched site, they’re getting that “DM” capability, as we’d call it on Twitter.

Also new: functionality that allows a writer to mock up his or her own cover for a work. This may not take the place of a professional cover if the book is published, but can help writers visualize what they’re working in the workshop phase.

A bookstore is also being added and will be open to the public, in which Book Country authors can sell their work on-site.

Book Country’s Molly Barton and Brandi Larsen say that, not surprisingly, the free self-publishing option is the site’s most popular with author-members.

“We have publish-once, distribute-everywhere” capability, Barton says. “The users actually have to choose where they don’t want at book to go.” Retailers include Amazon, iBookstore, Barnes & Noble, Google, Kobo, Scribd, and Sony. Authors retain their rights.

The royalty split on most publishing packages offered by Book Country is 85 percent of net, meaning after the retailer takes its cut. With the most expensive package (the “Prospect,” $399), the split goes to 100 percent of net.

Here’s an interesting point about self-publication with Book Country: An ISBN assignment is included, even in the free “Self-Starter” package. I’ve confirmed with Larsen that the company covers the cost of having every book coming through its publishing programs assigned an ISBN.

This is significant because the industry as a whole is hampered in its ability to “count” self-published works, in part because many entrepreneurial authors don’t want to pay for ISBN registration and processing (from Bowker, the US agency for ISBNs). In this case, each book is assigned an ISBN at no cost to the author, as part of publication through Book Country.

No write-up about Book Country can be complete without a mention of Author Solutions. The vanity-publishing company, profoundly unpopular with large parts of the US entrepreneurial authors corps, was bought by Penguin parent Pearson LLC a year ago, leading some authors to claim that Book Country is yet another Author Solutions-powered site. Ether for Authors today focuses on that issue in our Discussion section: Are Publishers on a Tightrope with Author Solutions?–do come by and make a comment if you’d like to. We have detailed information on Book Country and its relationship to Author Solutions and more commentary from Barton.

To offer one of her comments here on the subject, however, she points out that an entrepreneurial age may well include authors contributing financially to their own work’s success.

I think there’s a certain segment of the author population who think writers should never have to put money into the work. Bu there’s no other business in the world where somebody starting a business wouldn’t be expected to put some skin into the game, whether that’s time or money. So there are certain people who are never going to be happy with anyone asking the writer to pay for a service. We’re never going to make everyone happy.

Publishing, however, need not be seen as the key goal of community membership at Book Country. Developing the work is the focus in a shared, supportive but honest context.

Eight Book Country member-authors, Barton and Larsen tell me, have sold their work to traditional publishers since joining the site, on which authors’ most popular categories so far have been psychological thrillers, supernatural thrillers, and paranormal mysteries.

One strong testament to the program, in fact, comes from author Kerry Shafer, who was signed by Penguin imprint Ace to a two-book deal last year for work developed at Book Country: Shafer has returned to the community to work on new material there.

“At Book Country,” Barton clarifies, “the emphasis is on the collaboration between writers,” not necessarily questions of author services. “Publishing is part of that process, yes,” but not the main interest

Development is the key interest and intent, a way for those widely scattered authors to work together and strengthen their work, she says.