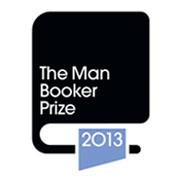 Thirteen authors are in the running for this year’s Man Booker Prize, with previous winners Jim Crace and Colm Toibin competing against an array of new writing talent from around the world.

And the nominees are:

As the press release announcing this year’s longlist noted,

“The past couple of years have seen a strong showing by debut novelists and this year follows suit with three first timers – NoViolet Bulawayo, Eve Harris and Donal Ryan. The possibilty of winning come October may look daunting to them but it was only in 2008 that Aravind Adiga, another debutant, scooped the prize with The White Tiger.

The list will have those who like to search for themes and coincidences in contemporary literature scratching their heads. As Robert MacFarlane, the chair of judges, points out, the novels on the list “range from the traditional to the experimental, from the first century AD to the present day, from 100 pages to 1,000 and from Shanghai to Hendon”. Good luck with finding common themes there.

So what conclusion can be drawn from the list? Well, simply that this year’s judges – Robert MacFarlane, Martha Kearney, Stuart Kelly, Natalie Haynes and Robert Douglas-Fairhurst – have found works of the greatest quality in places as distant from one another as Zimbabwe and New Zealand, Canada and Malaysia and from writers at the start of their careers (Eleanor Catton, aged 28, whose book The Luminaries weighs in at a whopping 832 pages) to those who have been at the writing game for many years (Jim Crace, aged 67) – and every stage inbetween. This is surely too the first time a filmmaking Zen-Buddhist priest (Ruth Ozeki) has been included on the longlist. If ever a group of books offered proof that the Man Booker judges approach their task without a set of preconceptions, this is it.”

The prize, first given in 1969, is awarded to promote the finest in fiction by rewarding the best novel of the year written by a citizen of the United Kingdom, the Commonwealth or the Republic of Ireland.