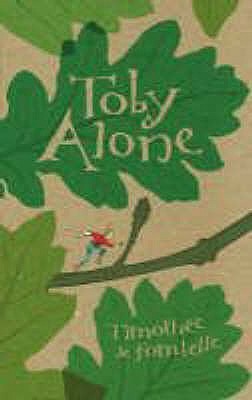 The Little Prince is one of a handful of French children’s books that are globally know. It even has a store dedicated to it in Paris, pictured here.

The most recent edition of the Economist’s Intelligent Life magazine takes a highly critical look at French children’s books. UK-based writer Malika Browne points out that while the French may be strong exporters of gourmet food, fashion and the like, but when it comes to children’s book publishing, they lag sadly behind the English speaking world.

“A browse through the children’s section of a French bookshop,” she says, “will uncover beautifully illustrated, expensively produced books — including a baffling number about wolves — but to an English reader, their content rarely lives up to the creativity of the presentation, nor are they very much fun to read aloud.”

“At their worst, French children’s stories are moralistic and heavy-handed, and even at their best, they are often old-fashioned. Many employ the passé simple, a tense too formal for speech, and the type is frequently very small. Engaging narrative tends to be sacrificed to the visual aspect, as though books were purely vehicles for illustrators. In short, French children’s books seem more aimed at adults than children.” The “Histoire de Babar” by Jean de Brunhoff was first published in 1931.

It’s interesting to note that the titles that come to mind when thinking about French children’s books – The Adventures of Babar, The Little Prince and Asterix all have characters created before 1960. And of those, as the article points out, Babar has a “patronizing, colonialist tone,” and The Little Prince (which one could make the case for it being an adult book) is “rendered opaque by its abstract philosophizing.” (And it’s also interesting to note that American editions of Babar omit the book’s opening scene, showing Babar’s mother being killed by poachers.)

But then, as Gilliane Quinn, a Paris-based Irish mother of bilingual children points out in the article, “The aim of French books is often to get across a moral or an educational perspective. The stories don’t usually have a happy ending like English ones do.”

Other factors? A saturated UK market that doesn’t need to import books, British publishing scouts that don’t speak French, as well as the 1981 Lang law that provides strong price protection for French books which makes them more expensive to buy (as does the French tradition of preferring hardcovers to paperbacks.)

But as Browne bluntly states, it might simply be a question of not valuing children’s literature as much as adult literature. Only one award is given in France for children’s books (as compared with eight in Britain). And, “Classics such as Les Fables de la Fontaine (a French Aesop), Les Malheurs de Sophie and Jules Verne’s futuristic stories are still part of the obligatory canon, and they are read by children at a much earlier age than most English children would read, say, Dickens. It is hard to call to mind any modern French writer as inventive or iconic as Lauren Child (author of the Charlie and Lola series) or Julia Donald and Axel Scheffler (creators of The Gruffalo and a pile of other bestsellers), even if, at first glance, French books, with their odd shapes and sizes, look much more fun.” Tobie Lolness, translated into English as Toby Alone, is the first in a series that has a shot at overseas success.

And while things do seem to be changing slightly with the publication of books like Tobie Lolness (which won a prize in Britain), the editorial director of Gallimard Jeunesse, Christine Baker, who helped introduce Harry Potter to France, is still not overly optimistic:

“I am often criticized in France for bringing over too many English books,” she told Ms. Browne. “I am not publishing them because they’re in English, but because they’re the best. British children’s literature is one of this country’s best exports. In France, there has been a dearth of good books since the Pere Castor series [of books with a heavy emphasis on fairy tales and sumptuous illustrations, started in 1936 and still widely read]. We simply do not take children’s books seriously.”