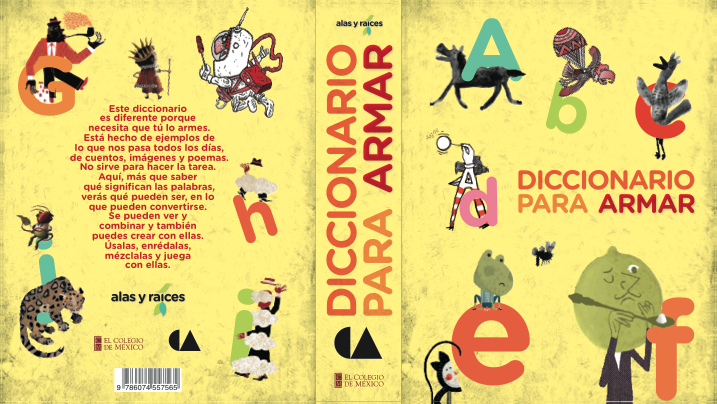 Attending the seminar on children’s and YA publishing in Mexico at last week’s BEA, one fact that was presented completely surprised me: many many more children’s books come into the United States from Spain than from Mexico. Why is that? Why aren’t Mexican children’s books making it across the border? During her address at the seminar, Patricia van Rhijn, director of the publisher CIDCLI, told the audience about the growth of quality children’s publishing in Mexico:

“Small publishing houses concerned about the lack of production of books that were written specifically for the Mexican people have started to emerge. They were determined to speak to Mexican children in their own language, with their own cultural references and localisms. They wanted to tell them about their history, about the kind of food they normally eat, what they see and most of all about their way of life. Little by little, we have established a solid literary structure that has attracted a number of consumers, numerous corporations and even governmental initiatives and programs that work toward enhancing the quality of children’s books in Mexico.”

And those initiatives have paid off: year after year children’s books from Mexico have been the recipient of numerous awards at the Bologna Children’s International Book Fair, including this year’s New Horizons award, given to the Diccionario para amar published by Mexico City’s Alas y Raices.

According to van Rhijn, “This has been accomplished thanks to the individual style and originality we have been able to translate onto our books, a sort of personal stamp that identifies us as a country. This has caught the eyes of more and more publishing houses; they visit our websites, they attend the FIL Guadalajara and they not only want to sell us the rights of their books but they are also interested in obtaining the rights to Mexican books.”

So although the possibilities and advantages of a collaboration between the US and Mexico seem obvious, why is it so difficult to form a partnership, despite the proximity between the two countries? In her address, van Rhijn outlined several reasons for the problem:

“I think there is a general lack of knowledge of the Hispanic market. There is such a vast selection and production of American books that publishers sometimes fail to look beyond their surroundings. Only 3% of the books published in the U.S. are translations, while in Latin America it’s between 25 and 40%. It’s not that foreign books are better or worse, but they do indeed offer a different kind of content and style that is not often seen locally. The Latin American market has evolved over the past decades and has really proved to be a solid industry with outstanding publications. I think that with a little more interaction and collaboration between our countries you will be able to see the accomplishments that have been achieved.”

American Publishers are “So Square”

In an interview, Ms. van Rhijn added one additional reason, noting that American publishers are “so square” in their thinking, and too tied into the idea that unless children’s books have less than 10,000 words, then there’s “too much text.” “The public is open,” van Rhijn commented, “but publishers are closed. All they do is think about numbers.” Even so, she is confident that because of the increasing growth and influence of Hispanics in the U.S., that the time will come when books from Mexico, both in their original language and in translation, will become more readily available.

“One of the main reasons is because of the fact that its content has the potential to enrich young Americans’ perceptions and views. Reading about other’s realities and cultural visions in their own language could most definitely give them a whole new outlook and understanding on how we are as human beings, which is essentially one large brotherhood.

“And, just as important, because of the very significant market that has settled here in the United States; almost 52 million people living here have Latin origins; 69% of which are Mexican; and that number just keeps on growing. It is due to this that it has become so important that these people have the proper reading material, not just for recreational purposes, but also educational.”

“I believe that if there were books [from Mexico] published in the English language that explain Mexican traditions, customs, understandings, and empathies, it could, in the long run, help them to better integrate themselves into the society of the new country they have decided to make their new home.”