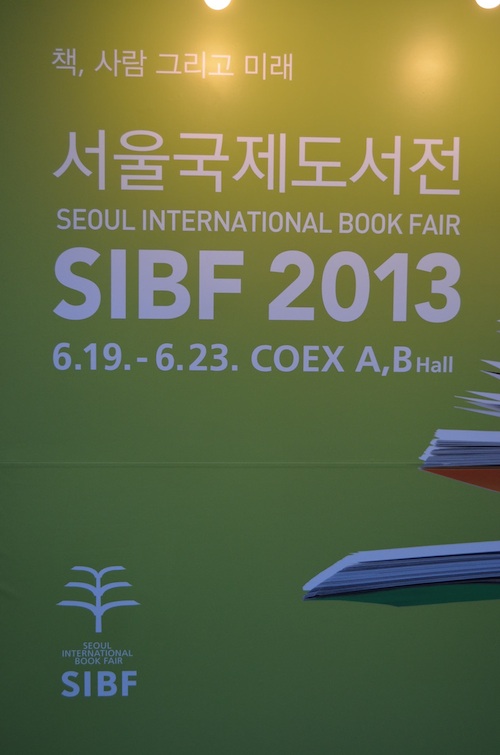 While obviously much of interest took place at this year’s Seoul International Book Fair (see our coverage of digital reading at the Seoul Book Fair and books at the fair), according to Baek Byung-yeul at the Korea Times, “the lack of people from major English-speaking nations shows that the SIBF hasn’t fully earned its stripes yet as an international event.”

This year’s fair had representatives from 610 publishing houses from 25 countries, as compared to last years 580 firms from 20 countries. And while those numbers do show growth, according to the Korean Publishers Association (KPA), only 200 companies among those were foreign firms, of which 20 were from India, this year’s “Guest of Honor” nation.

“Major publishers in English-speaking nations, which obviously are the biggest movers in the global market, haven’t been joining the event. This prevents SIBF from being taken seriously as an international book industry event,” said Han Ki-ho, head of the Korean Publishing Market Research Institute.

Baek compared the Seoul Fair to the annual Tokyo International Book Fair, which “seems to be everything SIBF isn’t but wishes to be.” The Tokyo Fair, which launched just three years earlier than Seoul’s is now Asia’s largest, and has the added bonus of an electronic book expo, “which is seen as the world’s biggest trade fair devoted to e-book technology.”

This year for instance, the TIBF (which starts on July 3), has a total of 1360 publishing houses from 25 countries as participants, with more than 150 companies featuring their latest e-book technology at the expo.

In the words of Baek, “Compared to the buzz generated by the rival Tokyo fair, SIBF looks practically irrelevant.”

“To be recognized at a global level, the SIBF has to do a better job in representing the unique identity of the Korean market and the opportunities it provides to global companies. Right now, it’s just a glorified local event that allows booklovers to buy some paperbacks at a discount,” said the KPA’s Han Ki-Ho.