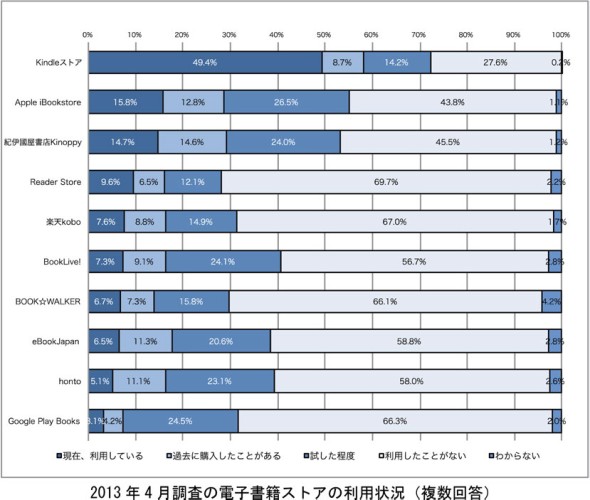 A new survey conducted in with 646 ebook buyers at Japanese online website On Deck Weekly over four days in April shows that Amazon’s Kindle is leading the market for ebook sales, with Apple (launched in March) a relatively distant second, followed by Kinokuniya’s Kinoppy, Sony’s Reader Store and Kobo.