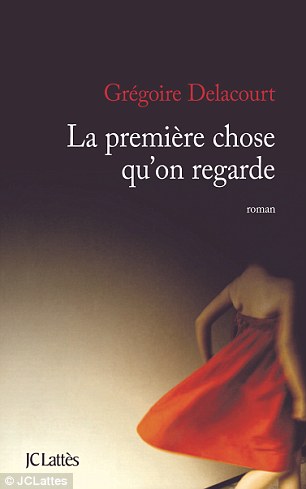 The Independent reports that Tony Award winning actress Scarlett Johansson is suing the author of a best-selling French novel which “featured a fictional character that resembles her, in a legal action which could test the limits of creative expression.”

The author Gregoire Delacourt along with his publisher JC Lattes are facing action after Mr. Delacourt described a character in his novel as being Ms. Johansson’s ‘doppelganger.’ The case, if it makes it to court, could shake up the legal and literary worlds.

Johansson is demanding compensation and damages from the publisher for the “breach and fraudulent use of personal rights,” despite the author’s insistence that the comparison is meant as a “compliment and tribute” to the actress’ beauty. The Hollywood Reporter also reports that the Johansson is seeking a ban on “future transfer of rights and adaptations of the book,” which to date has only appeared in French.

The book, La chose qu’on regarde (The First Thing We Look At), was published in March of this year. In the story, a mechanic meets a woman at his home in a small village in the Somme in northern France who he – as a fictional character – thinks is Scarlett Johansson because the woman looks just like her. Sixty pages later, though, it is revealed that the mechanic was mistaken and that the woman was not in fact Ms Johansson but a woman named Jeanine Foucaprez; her exact double.

Perhaps not surprisingly, Delacourt said in an interview with the French newspaper Le Figaro cited by The Independent that he was “stunned” by the lawsuit.

“I wrote a book of fiction,” he told the paper. “My character is not Scarlett Johansson, it is Jeanine Foucaprez!”

Delacourt went on to explain that his novel “corresponds with the fantasies of our times.”

“I was hoping that she might send me flowers because the book is, in a way, a declaration of love.” (But instead of flowers he was served papers. This, in its own way, certainly “corresponds with the fantasies of our times.”)

His novel also uses the names of other celebrities, including Ryan Gosling and Gene Hackman, who are described as “looking like” other characters, as part of the work’s satire on celebrity culture.

“All these famous people live with us all the time,” he told The Independent. “Celeb culture is imposed on us by the media, the press, the internet. So her complaint is based on exactly the phenomenon I am denouncing. It is a paradox. But I suppose it’s all very American.”

“I also describe someone being hurt when their airbag fails to inflate. Am I going to be sued by airbag manufacturers?”