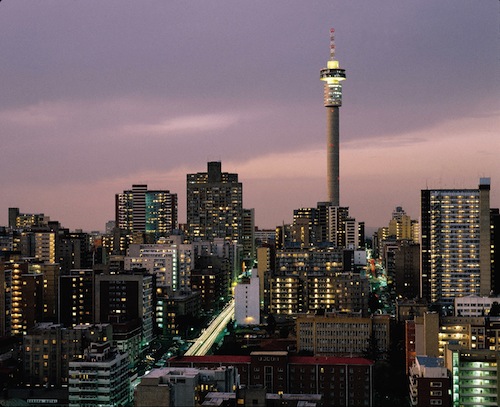 South Africa’s City Press reports that Mike Maphoto has become an overnight success in the world of “chick lit” when his blog, Diary of a Zulu Girl, took off like a proverbial rocket.

The blog, which started as a joke among friends after a soccer match, follows Thandeka, a student from KwaZulu-Natal, a young girl making the transition “from mud huts and umqombothi straight to penthouses, expensive weaves, and Moet.”

It’s a transition made that’s been made by many, who see Thandeka’s story as their own. As one person commented after the first blog post: “I’ve seen it. I lived so close to every detail of that which is being described in the story that I can’t help but feel a connection to it.”

This blog is a revelation of what goes on (what has been going on and what will continue to carry on) in the midst of journeying through to build ones future in a new environment, away from the grasp of our elders who have been “protecting” us from reality.”

Indeed, the blog struck a chord with so many that it was viewed almost 500,000 times in its first two weeks alone and made Maphoto an immediate celebrity, with offers of book deals as well as a TV development deal from MultiChoice.

Not bad for a 30-year-old man from Polokwane with a law degree from the University of Capetown who owns a trucking company. And who writes the blog on his cell phone.

But with his new fame as the voice of a new generation of South Africans moving from small towns to Johannesburg, he feels a responsibility toward his readers. And since in “her” blog, Thandeka describes the partying, drugs and other “scandalous” activities that she witnesses in the big city, her creator worries about sending out the right message.

Maphoto told City Press, ‘It’s scary, it’s really scary. There’s all this pressure now, because even when I write, I have to be careful. My punch line has to change now to be proper and positive, because I am responsible for how girls view themselves, for how they act at university and how they develop themselves, it’s kind of creepy.”

“KawaZulu-Natal is very traditional, so the rules at home are very strict, which is why all the girls want to come to Joburg. It’s far, it’s fast, they can have fun and still be able to go home with no one finding about their business.”

But now that his identity has been revealed, a few of Maphoto’s fans have expressed disappointment that a man is telling Thandeka’s story. But as he told the newspaper, “Everyone is saying: ‘This is happening. This is real.’ Yet it’s controversial. These things happen, but nobody wants to say it in the open. So a guy telling a girl’s story is better than a girl telling no story.”