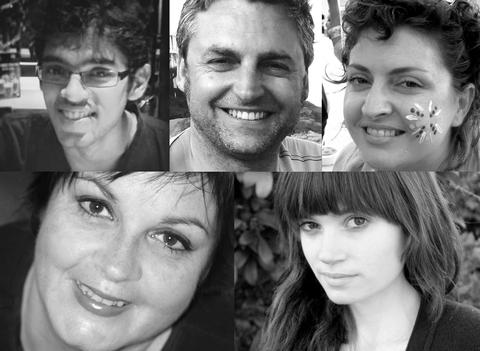 A selection of shortlisted titles for the 2013 Commonwealth Book Prizes

The Commonwealth Foundation established the Commonwealth Writers’ Prize in 1987 to offer recognition to authors across the British Commonwealth, with awards were given for best best and pan-Commonwealth best first books, as well as numerous awards for regions including Africa, Caribbean and Canada, South Asia and Europe and South East Asia and Pacific. It was — and remains — one of the most powerful instruments for connecting  underrepresented countries and regions of the world to the established UK literary and publishing community.

Before the prized was rebranded as the Commonwealth Book Prize and relaunched two years ago, veteran, headline-making authors including Zadie Smith, Salman Rushdie, Ian McEwan and Alice Munro were eligible for the prize and had won in the past. In 2011 the Book Prize refocused its attention in order to target and identify new talent, aligning the prizes for Africa, Asia, Canada and Europe, Caribbean, and the Pacific regions.

In addition to the book prize, Commonwealth Writers now offers the Commonwealth Short Story Prize, which works to a similar aim. How has the new focus impacted the prizes in Britain and abroad and how does this relate to the organizationʼs development work? “Probably the Only Truly International Prize in English”

Lucy Hannah, the program manager of the Commonwealth Foundation, says the shift in the book and short story has given them more “clarity and focus.” Commonwealth Writers’ call for submissions reaches places that other prizes simply do not, due to their strong international networks and targeted radio, print and email outreach campaigns in often over-looked countries. Hannah says, “We have the most diverse shortlist of any prize. We ﬁnd writers the other prizes wonʼt ﬁnd. We had a short story entry from Nauru, which Iʼm sure you wonʼt ﬁnd in any other prize.” Judge for the 2012 Book Prize Manu Joseph asserts that this is “Itʼs probably the only truly international prize for ﬁction written in the English language.”

Since 2011, Commonwealth Writers have run two prizes that are vehicles to ﬁnd talent that can participate in their programs “on the ground” and that help writers develop their craft and promote their work across media, such as the Commonwealth Shorts filmmaking program which they describe as “a capacity building scheme to give new writer/directors the opportunity to make a ﬁlm along the theme of relationships.”

One of the most interesting regional winners for the Book Prize this year came from the Caribbean: Disposable People, a self-published entry from Jamaican author Ezekel Alan. This is the ﬁrst year that the book prize was open to self-published entries, which made up an estimated 10% of submissions. “A book that hasnʼt gone through a traditional publishing process is often less likely to rise to the top. This entry was of a high standard and was important for us. The standard for self-published work is so varied and we donʼt get many entries from the Caribbean,” says Commonwealth Writers project ofﬁcer Emma DʼCosta. On the Ground Aid for Writers Around the World

A recent “on the ground” success has been with the Caribbean Literature Action Group (CALAG), established in April 2012 and comprised of 25 professionals from the literary sector from various islands. For this project, the British Council, Commonwealth Writers and NGC Bocas Literary Festival held in Trinidad and Tobago work with the delegates with the aim “to develop and implement a number of initiatives to support an infrastructure for literary publishing within the region and to link the Caribbeanʼs writers to the rest of the world.”

One year in, Akashic Books (Brooklyn, US) and Peepal Tree Press (Leeds, UK) are creating a joint imprint that will spotlight new Caribbean writers. CALAG members are now writing a ﬁve-year plan that is to be put to cultural ministers asserting this work as a local economic development initiative. Or in Hannahʼs words: “To kickstart something that is necessary.” The 2013 regional winners of the Commonwealth Short Story Prize were published on Granta.

Partnering with the Hay Festival, Granta

Since the prizes relaunched, two new partnerships that with Granta magazine and the Hay Festivals have been established. On May 31 at the Hay Festival in Hay-on-Wye, Uk, Eliza Robertson (Canada) and Sharon Millar (Trinidad and Tobago) were announced as the join winners of the 2013 Commonwealth Short Story Prize (a £5,000 prize). Lisa OʼDonnell (Scotland) won the Commonwealth Book Prize for her debut novel The Death of Bees (a £10,000 prize).

“Our partnership with Hay gives us access to an international festival network. Jekwu Anyaegbuna (Regional Winner for Africa 2012) went to Storymoja in 2012 and had the chance to mingle with many international writers. In Dhaka in advance of the Short Story Prize deadline, Philip Hensher, Kaiser Haq, Mohammed Hanif and Lucy Hannah were on a panel about becoming a writer,” said DʼCosta. After the event in Dhaka, there was a increase in submissions to the prizes from that region. On the back of his win, Anyaegbuna also had his work published in the Guardian.

Starting this past April, Granta.com began running coverage of the short story prize, leading up to the announcement. From 27 to 31 May, the website ran the entries of the Short Story Prizeʼs regional winners. Granta magazineʼs then editor John Freeman praised the prize with a statement that highlighted a shared mission between the magazine of new writing and the story prize, stating that the prize is “a beacon for those writers we didnʼt know we were missing out on.”

In terms of the impact that the prize has on the regional winners, DʼCosta says, “Itʼs fantastic to be recognized on this international platform. Many of the writers havenʼt gone through an editing process before and the process will improve their writing skills. Winners of the short story prize have praised the prize for the power to motivate them to ﬁnish writing projects and for validating their work. Emma Martin, the 2012 Short Story Prize Winner, says “Entering a story for a prize can be a way of saying, if only to yourself: I am a writer.” The short form also aids in the discovery of new talent, because, Hannah suggests, writers approach this form with more confidence than a novel-length project.

Although the Book Prize has included debuts that have also been given Man Booker nods, for example Narcopolis by Jeet Thayil, and Story Prize winners have completed manuscripts that have gone on to ﬁnd publishers, there has yet to be a break-out winner. As with any prize, this kind of talent takes time and luck to ﬁnd and it is no mark against the prize itself. Its strength and vitality can be felt in the countries where they are focusing their development work. Their work finds its way into unrelated conversations with booksellers, academics and others whose have an interest in Commonwealth literature. Indeed, the Commonwealth Writers online publishing portal — which provides a thorough overview of opportunities for writers, publishing infrastructures in Commonwealth countries and more — is a resource that has steadily increasing web trafﬁc from an increasingly wide range of locations.

The impact of the prizes continues to be felt even in a rich and sophisticated publishing culture, such as India’s. When asked about their importance in India, judge Manu Joseph responded: “[It has a] huge impact. I wish it were not true. I wish Indians would judge the novels of other Indian purely through how they have perceived their works. But the fact is that Britainʼs literary critics and institutions are highly inﬂuential referees who can swiftly alter the fate of a book or even an author the way Indians themselves cannot.”