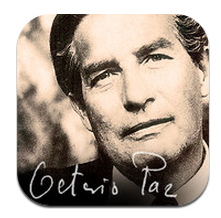 Mavuto, a top digital developer, has made impressive apps out of several of Mexico’s classic texts, including this one about Sor Juana Inéz de la Cruz

Amazon has branched out across the world. It’s in China. It’s in India. It’s in Brazil. But ironically it is not open for business in one the largest and most influential countries much closer to home: Mexico.

The problem: It’s not a lack of money, but a lack of internet access.

Mexico, with a population of 115 million, is the largest single Spanish-speaking market in the world. Yet eMarketer estimates that internet adoption hit just 40.5% in Mexico in 2012, for a total of 46.6 million users. The rate is significantly lower than the average for Latin America as a whole. As a consequence, Mexico — despite a robust and extremely dynamic publishing ecosystem — remains years behind the US, Europe and even some Latin American countries when it comes to digital retailing and publishing.

Speaking as part of the Market Focus program at BookExpo America last week in New York City, Gustavo Flores Verdugo — the National Coordinator for Innovation at CONACULTA, Mexico’s equivalent of a ministry of culture — said he’s overseeing an ambitious program change this. “We are working to enhance and increase internet access across the population in coming years, and are working on passing a law that will make internet access a ‘social right,” he said. “But,” he added by way of moderating expectations, “there is a long way from putting something into law and then putting it into practice. Nevertheless, the Mexican public institutions will be providing free access in the next few years.” “Blanco” by Octavio Paz was a top seller in the ITunes store for months.

A big part of the challenge of getting internet access to the people is geography and demographics, said Verdugo, “Mexico’s population may be highly concentrated in towns but it is also very dispersed,” he said. “We have 100,000 localities, with more than half of them having less than than 10 houses. Mobile will be the greatest opportunity for growth and it will be a solution.”

Until the problem of internet access is resolved, it is unlikely that many of the large, global players will be rushing to set up shop in the country — at least in the immediate future At the moment, Apple is the most popular platform, but only among those who can afford devices.. Faced with the question of when Kobo — a company that sells to 112 Countries and is offering self-published titles in 59 languages, would launch in Mexico, Pieter Swinkels, Kobo’s vice president of acquisition, merely shrugged, as if to say, “who knows…?”

As always, it is a question of what comes first: supply or demand? And without a large and robust distribution network for digital sales and ebooks, it is difficult to convince publishers to commit to the expense of digitizing books.

Digital Paz and Other Projects Maurits Montañez, production of diretor of digital publishing house Manuvo, noted that despite the challenges, “more publishers are discovering these technologies and making these advances sustainable. Many are finding their way and struggling into this new area.” He pointed out that though conventional ebooksellers remain few, the Ghandi bookstore chain is pushing its own device and has announced an aggressive international agenda.

For its part Manuvo has collaborated with CONACULTA on publishing several digital titles, including the award-winning Blanco, a digital app version of a poem by Octavio Paz. “It was downloaded 50,000 times so far and spent several weeks at #1 on the iTunes App Stores in Mexico,” said Montañez. Another recent project is Seducciones de Sor Juana, about the famous 17th-century nun, scholar and writer Sor Juana Inéz de la Cruz.

CONACULTA remains heavily involved in working to digitize seminal texts. It has supported the production of a wide variety of digital titles, from literature Muerte sin fin by José Gorostiza to several more involving art exhibitions and Mexican culture. Flores Verdugo noted that CONACULTA is tasked in part with helping to digitize seminal works of Mexican culture, but they can’t do it all by themselves. “We’re thinking of publishing a list of books that they want to see published and then wait to see if those books will appear,” he said.