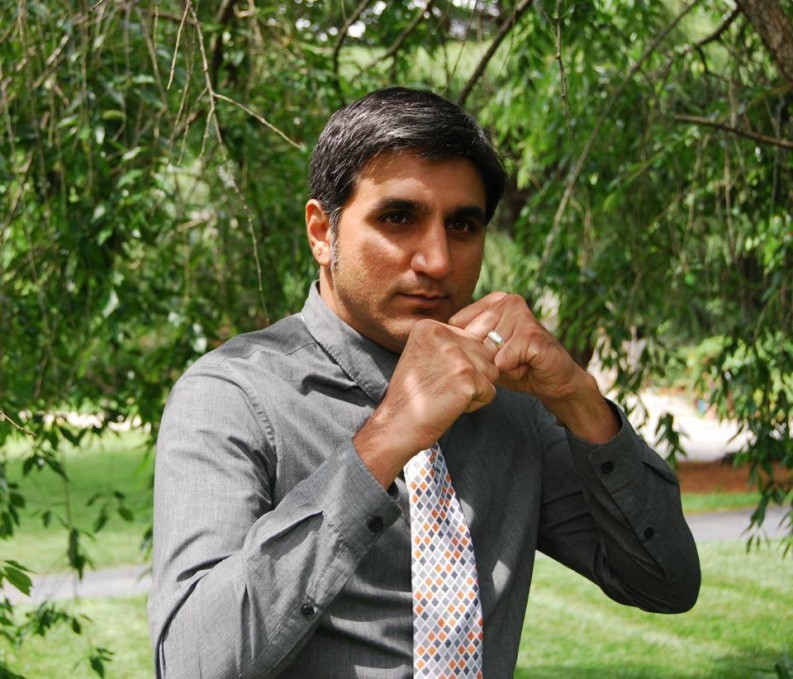 Crowd the Book has a simple mission: connecting readers, authors and small presses to discuss great literary books under the radar. The start-up was launched in March to accomplish just that. Each month, Crowd the Book hand-picks a book, to which they dedicate all their energy, with the aim of not only selling books but also building up a community around the book.

As curators of “indie lit,” CTB appeals to readers who aren’t satisfied with the average commercial fare. Their readers like offbeat or experimental literature, literature that takes risks. At the same time, indie is about supporting the little guy, which is why Crowd the Book’s featured book can be purchased directly on the site via PayPal. The CTB team chooses its books based on submissions from authors and small presses. They also offer to “crowd” books by authors whose work they would love to promote, books that “grab us and engage us and make us want to share them with the world.”

At Crowd the Book, readers get “a backstage pass” to authors, with in-depth interviews and the opportunity to email authors directly. Towards the end of the month, an online reading and Q&A takes place where readers from all around the world can join in the discussion. As co-founder Vishal Khanna says, “it’s just us and the writers in our living rooms sharing our love for literature.”

Whether prose or poetry, CTB offers their growing community a curated selection of books beyond the literary mainstream. Their first pick was The Accidental Birds of the Carolinas by Marjorie Hudson (Press 53), a collection of short stories portraying people on the margins of society. Stephanie Lenox’s A Congress of Strange People (Airlie Press) followed, a poetry collection exploring the longings of some peculiar Guinness World Record holders. Last month, CTB has set their sights on Spencer Dew’s novel Here is How it Happens (Ampersand Books), which portrays a group of cynical youth as they search for meaning in art, drugs and nihilism. This month, features The Complete Poems of Gaius Valerius Catullus translated by Ryan Gallagher (Bootstrap Productions).

Treading where bestsellers fear to tread, these books guarantee a lively discussion amongst the crowd at the end of each month.

CTB has been a community-oriented endeavor from the start. Vishal Khanna launched the project with a successful $2,000 Kickstarter campaign, whose supporters became the first members of the “crowd.” In CTB’s latest newsletter, they encouraged the community to help shape the future of Crowd the Book: “Got some ideas? Help us define what this experience will look like.”

Two of the founders, Vishal Khanna and Christopher Luna, are writers in their own right – in fact, they both received MFAs from the Jack Kerouac School of Disembodied Poetics. Informed by their experiences, they recognize that many large houses don’t offer emerging authors the same support as the small presses, which are “dedicated to taking risks and nurturing today’s great new voices.” Together with their COO, Balint Gaspar, Crowd the Book is also able to give books more exposure with their marketing and business expertise — Gaspar successfully launched two small businesses, Luna founded his own press and Khanna is a digital marketing and content professional with 15 years of experience.

As businessmen and artists, dreamers and practitioners, the Crowd the Book team should be in the perfect position to spread the word and bring together a crowd of book enthusiasts. Authors and publishers can probably learn a valuable lesson or two about building online community in the collaboration process, as this direct relationship with readers is becoming more and more important for the indies. As Khanna says, “authors today must understand that they have to be so much more than just writers. They have to be publishers, promoters and marketers. They have to build and constantly fuel their own brand. We’re just one of a thousand ways they can do that.”

Recent years have seen not only a renaissance of small literary presses, but also a renaissance of book groups both on- and offline, which are eager for the latest literary gems. Yet with more titles than ever before on the market, the search can be long and strenuous. This is where Crowd the Book comes in, as a platform which connects the creators with the connoisseurs. Only time will tell whether their initiative will be able to gather a critical mass of readers to truly make a difference for small presses, but as Khanna sees it, any idea is worth trying out for a year, so there is still plenty of time to join the conversation. Crowd the Book co-founder Vishal Khanna is putting up a fight for indie literature.

Publishing Perspectives spoke with Khanna at length about the program:

PP: As a purveyor of community-supported indie literature, how does your organization best build up and serve the “crowds” it creates around titles? Can they participate in ongoing discussions through forums – even beyond the month the book is highlighted? Also, will there eventually be ebook and other options for supporters?

Khanna: We are a nascent organization. We’re just getting our feet wet in this process. And we’re doing this part time. We all have day jobs and families and other passions, but we love writing and literature and the independent spirit of many of today’s writers and publishers. Crowd the Book is here to support them. We do this by creating a marketing package around a particular book. We do interviews with the author and publisher. We dedicate our site, our email marketing and our social media feeds to just that book. We put all our energy to supporting that one collection of words on paper. We see what happens.

There’s no online discussions at this time. We do share an email address for the author so that our readers can connect directly with him or her through that month. We also hold an online reading and Q& A open to anyone in the world who would like to participate. It’s us and the writer in our living rooms sharing our love for literature.

Will we do ebooks? Maybe, but for now, we’re focusing on being collectors and purveyors of fine printed literature from below the radar.

Not quite a question, but I love the concept of CtB, and how it curates the small press curators of independent literature. In addition to my specific questions, I’d love to hear what you’ve learned since spotlighting the first title, and if there are plans for additional offerings for future titles, particularly more interactive/participatory options for readers.

Well, I learned that this is going to be a hard business to pull off. We’re getting great feedback on the idea. But the actual selling of books will be a challenge. It’s not our goal to play the role of booksellers and we don’t want to get caught up in that portion of this experiment. We want to create a wildfire around a great book published by a small press. Period. But, the business of managing this enterprise will nevertheless be a challenge.

Who is the target audience(s) of Crowd the Book? How did you get the word out and reach potential readers for the newest title?

People who love literature and love books. Actual books. We think of our readers as similar to the people who collect vinyl. They love the feel of books, the smell of books. They love experimental books and the kinds of literature that can only exist outside of the paradigm of mainstream, corporate press.

The interviews and other content around the books is excellent quality – are the articles published on a weekly basis, and if so, how long will they be available after release? Also, beyond the website content, does CtB take on any other marketing activities for the presses?

Interviews are published each month to support that month’s author. They stay up as long as we pay our hosting bill. We also do email marketing, social media and press releases around our books. And we’ll do any other great idea that we, our authors or you come up with!

I’m curious about how you guys came up with this concept – was there a particular idea that triggered CtB, such as wanting to level the playing field for small presses? Also, what one piece of advice would you give to small presses wanting to build up and better engage with their audiences directly?

I was at the beach with my wife and boys and was playing a ukelele for my youngest son. I was about halfway through a bottle of vodka and stumbling through a horrible rendition of the Golden Girls theme song when the idea hit me. It hit quick and it hit hard. It took about a year to get from that stage to our first book. Life is busy and always gets in the way. We’re happy to be where we are now though.

What role do the small presses and authors play in crowding the book? .i.e. what is expected of them – writing original content, blogging, already possessing a certain platform? I am especially interested in your thoughts on branding, and how CtB contributes to small press branding.

We are very interested in supporting the “idea” of small presses. In the late seventies and early eighties, music was “indie-fied.” We’re excited to be a part of the “indie-fication” of literature, which is finally beginning to gain some momentum. Don’t get me wrong — indie presses have been doing amazing things for a very long time. But, I think there’s a growing interest in the political nature and implications of being authors and publishers below and outside of the mainstream, corporate publishing industry.

Although crowdfunding is a centuries old model, do you think this is the most promising alternative for small presses serving certain communities or niches, and will it continue to be so in the future? Or is this a transitional step towards something else completely?

I think it’s just one strange idea that’s a mix of many ideas. I don’t know if it will work or won’t. But, as I said to my partners the other day, I’ll give any good idea a year of my life, and that’s exactly what we’re doing here. We’ll run this thing until March 2014 and see where we are.

A California native, Joy Hawley currently lives in Berlin, where she writes about innovative projects in independent publishing. She also translates from the German. Her writing can be found at http://worteplusorte.wordpress.com/ and @Joyfullylost on Twitter.