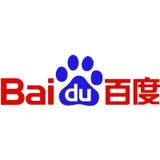 Online literature — essentially digital self-publishing — is heating up. Last week we reported that that Qidian, China’s largest online literature site, is in the midst of of a major scandal after it was reported (and since confirmed) that its founder, Luo Li, has been arrested for selling copyrighted material that belonged to Qidian’s parent company Shanda Literature to Tencent, a potential competitor that had plans to launch a rival site. Tencent’s site — chuangshi.qq.com — claims to have already “attracted” hundreds of top writers and, as a boon to authors, will offer claim control of copyrighted materials on the site only for a limited, rather than lifetime, term.

In the meantime, while Shanda and Tencent work out their differences, China’s search engine giant Baidu (think Google) has launched its own e-publishing site, albeit one aimed equally at traditional and individual authors. Baidu Wenku — the company’s book portal — has been notorious for hosting pirated copies of commercial published books.

In 2010, Cloudary — like Qidian, a subsidiary of Shanda — sued Baidu over the pirated work, claiming losses of more than a billion yuan.  In 2011, some 40 authors had signed a letter calling Baidu a “corrupt thief company” and complaining that their copyrighted works were being made available for free without their consent. In response the company deleted more than 2.8 million documents from its servers. As recent as late 2012, popular author Han Han won a lawsuit against Baidu for damages stemming from illegal downloads of his works.

Baidu’s new platform aims to improve the site’s relationship with publishers by offering them direct control of their works on Baidu’s service; publishers will set their own prices and Baidu promises not to take a cut of sales or other transactions for three years.