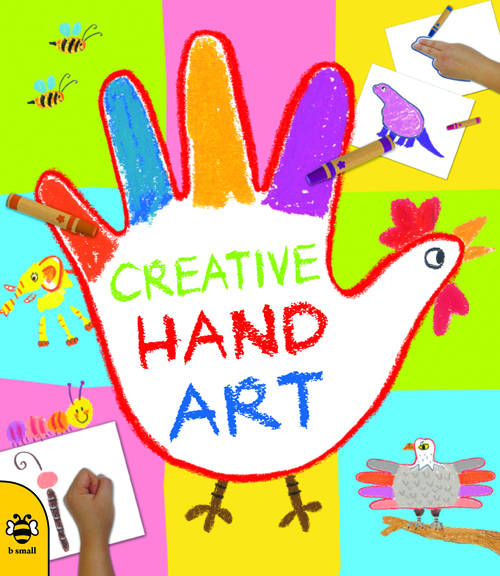 Last month, we wrote about efforts by South Korea in promoting its literature to the world through the Literature Translation Institute of Korea (LIT). And here’s just one example of how those efforts in action. b small publishing is using a grant from Korea’s Literature Translation Institute to promote its translated books from Korea in the UK.

Korea’s b small publishing (which we previously covered here), has been awarded a publishing grant from the Literature Translation Institute of Korea, in recognition of the company’s committing to bringing books from around the world to the UK.

The grant was awarded in support of the new title, Creative Hand Art, scheduled for publication in August 2013. The book is described as “vibrant and original,” and taps into the current social media zeitgeist for home family crafts and, especially, hand art.”

“We saw the book on display at the Frankfurt Book Fair last year and really liked it. It’s not usually been our policy to buy titles in from abroad as our business is very much based around creating books that we can sell rights to. But this book seemed special and we had been looking for a couple of standout titles to bolster our autumn publishing program. We negotiated a deal with the publisher in Korea via their agent (Sundance Kiz China) and set about preparing for publication. We receive a magazine called List published by LTI Korea. The fact that they produce this magazine to a high standard to promote Korean books to foreign publishers made me think that they might also offer publication grants so I checked in with the PA (Publisher’s Association) in the UK and they sent me some links. There was a simple application form online and a real person at the end of an email address to help. We had to have already acquired the copyright for the Korean title before we could apply so there was a slight financial risk but we had already planned to publish in any case. The successful grant has meant that we are able to invest a bit of money in more promotion for the book, which usually is where our small budgets struggle.”

Get more information on the Literature Translation Institute of Korea. Or learn about the magazine List.