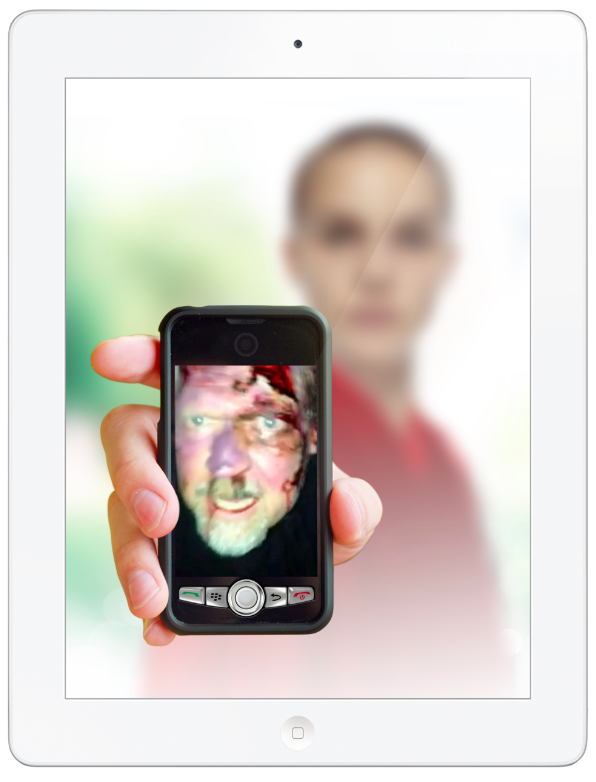 LONDON: It is easy to be impressed by a certain Hollywood quality to the first chapter of The Numinous Place, announced at last year’s Frankfurt Book Fair. The Numinous Place is a supernatural thriller told in a combination of video and audio clips, graphic novel sections and traditional written text, whose protagonist, Henry Amadeus Meat, stumbles into a mystery following a series of deaths at a Los Angeles sleep clinic.

And certainly the seamless way the interactive elements of the story are integrated into a traditional written narrative, and their quality, does seem to set it apart in an increasingly crowded market, which has recently seen the arrival of Faber’s The Thirty-Nine Steps and Random House’s Black Crown.

The project raised $75,000 (with a headline-grabbing $25,000 from Russell Crowe) earlier last year on fundraising website Kickstarter, adding to the Silicon Valley feel of the event. Although celebrity involvement in start-ups do not have a great record of success.

Created by Tinsel Town scriptwriter Mark Staufer and developed by digital designers Brandwidth, the new app, enhanced ebook, game or just book (no one can decide what to call it) has been billed as an attempt to turn publishing upside down by launching it in an ideal world simultaneously on all platforms that have the technology to do it justice and in several languages. The app will be followed by a traditional book, which Mark Staufer says has an “exciting tech feature” that means the book “won’t lose any of the video and audio.”

“It’s been a bit like if Gutenberg tried to get the backing of the medieval manuscript monks.”

Staufer is a former head of production at Universal Studios Network in London and has written the script for Russell Crowe’s directorial debut, Love, Laughter and Truth. Based in Windsor, England, Brandwidth design websites for the likes of Toyota and successful apps such as Guinness Book of Records: At Your Fingertips and the Dr Who Encylopedia.

Still, the confusion surrounding its release date seems almost worthy of one of the mysteries that its protagonist must solve. The Guardian reported that was going to be launched in December 2012.

Mark Staufer is not bothered: “We‘re trying to raise money for something that’s never been done before. And it’s difficult as old media really, really doesn’t want the digital floodgates to open.

“Their first line of defence (like with all others that have since been decimated by digital) is to naysay.”

For Dean Johnson, Vice President of Brandwidth Innovation Lab, “in the end we are working on a long time-frame, with a target of three books and three films, and we want it to be the best it can be.”

A “Dream” is Hard to Sell The Numinous Place aims to capture and play with our conflicting realities, both physical and digital.

The idea for The Numinous Place came to Staufer in an “amazing dream” about a decade ago that made him think, “Wouldn’t it be a wondrous thing if science invented technology to film dreams?”

By the time he started to write, the plot had moved on: “What if science utilized the dreamworld to discover the afterlife? And, what if the afterlife was nothing like we thought it would be?”

From the start Staufer knew what he wanted: “I wanted The Numinous Place to be a franchise from the get-go, and it needed to begin with a book. The reason I chose to employ all media — audio, video, first person narrative, diagrams, photos, etc. — was because I wanted to create a totally authentic story world. It’s important that the reader/experiencer doesn’t need to suspend their disbelief when they enter The Numinous Place.”

But it has been a struggle to find a publisher to partner with, as “it is such a paradigm shift in storytelling that they’re not sure what to make of it. It’s been a bit like if Gutenberg tried to get the backing of the medieval manuscript monks.”

According to Johnson “It wasn’t the original intention to think of this as a platform but as interest has increased, it makes a more investable proposition as a publishing platform than a single title or series. Most of the tech is in place to work with other authors/creators.”

The “big chunk of money” that they raised through Kickstarter allowed them to build “three chapters in the demo to highlight some of the more interactive/dynamic content designed to sync across iPad and iPhone as we didn’t want to lose the audience when a tablet wasn’t in reach. The tablet experience will still be the primary screen but the aim is to keep the script consistent for both audiences.”

However, “it all depends on investment” and if it doesn’t come from a publisher “we will be increasingly seen as a threat.”

For Johnson, working out how to make The Numinous Place interactive was a major challenge. He had become annoyed with enhanced ebooks since “a photo gallery or video of the author are extras, but not enhancements, and so are not adding value.

“Some projects absolutely demand a gaming element, or a puzzle-solving element, but when in a sense you are reading 500 pages of text you don’t want your audience to feel as if they are reading 2,000 pages more. That in a sense they have to pay mentally and physically for the privilege of getting on to the next chapter.

“So sounds and music have to add atmosphere and the timing has to be right. It has to be ambient and send a shiver up their spine. We don’t want to reference just a particular word.

“You could have websites that sit outside the book that allow you to carry on with the experience, however we didn’t want to require the audiences to do the legwork.”

And, he adds “it has also has to stand alone and work without sound as not everyone wants to sit there with a set of headphones on.”

So in effect they worked out a formula that “500 pages may have 30 to 40 interactive elements and only 10 of those may be relatively theatrical” so they become “a welcome surprise when it turns up rather than something that interrupts the flow.”

But Interactive Fiction Remains “Really Hard to Do” For Henry Volans, head of digital publishing at Faber, what The Numinous Place is trying to do is “a really hard thing to do, and I still believe that you mess with the book at your peril.”

“Many transmedia proponents are primarily concerned with pushing the boundaries of that medium, and they’re often working far beyond the pale of what the ordinary, mainstream reader would accept or enjoy.”

Nonetheless, he does see this “changing as more and more writers themselves begin to think from scratch about writing for a new medium.”

The problem of what to call it “is a problem everyone working in this space seems to face, and it’s because each definition — book, game, film — comes with its own associations and expectations.

“We recently released a digital adaptation of John Buchan’s classic thriller The Thirty-Nine Steps and faced a similar dilemma: it wouldn’t be fair to call it a book, because it’s so much more than that; but it also wouldn’t be doing it justice to call it a game either, because you don’t control the protagonist. Just as the creation of these products is a fine balancing act, so too is the managing of expectations and the comparisons you invite.”

For Volans the lack of a real breakthrough hit yet is evidence of both a lack of demand and the fact that book buyers need to be educated: “The fiction-reading audience does seem reluctant to entertain too much innovation in this area. We can’t coerce readers into wanting or liking new things; we have to make releases irresistible in themselves.”

It is interesting, he feels, that the game-playing market, “where the form is still evolving and maturing, is far more receptive to these kinds of experiments, and far less protective of the status quo.”

It can be easier to do this with original work like The Numinous Place or out-of-copyright material. “Of course, the big advantage that a truly original project has is the opportunity to be custom-made, natively for the new form. It wouldn’t necessarily be appropriate to do that for something as established as The Thirty-Nine Steps.

“There’s definitely a limit on how appropriate any innovation is before it detracts from the product as a whole.”

In the end, for Staufer, much of the criticism leveled at The Numinous Place “feels like the criticism Kodak would’ve leveled at Instagram a few years ago. Or something Blockbuster might’ve said about iTunes. The digital universe is here and it’s about to disrupt publishing in the same way. Old business and release models no longer apply.

Almost too late now to be a summer blockbuster, he promises, “come hell or high water,” The Numinous Place “will be released in time for Christmas this year.”

And then finally the mystery will be solved.

Mark Staufer is offering the closing keynote address, “The Rebirth of Storytelling,” at Frankfurt Academy’s StoryDrive China conference, which takes place this May 29-30 in Beijing. Learn more about the event and register online.