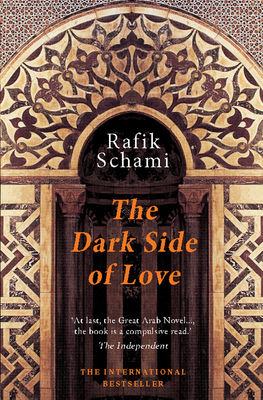 LONDON: “The whole point was to bring Arabic literature to as wide an audience as possible in the wake of 9/11 and events that divide us, in order to build bridges between cultures,” said Barbara Schwepcke, founder of the London-based, English language Arabia Books, an imprint of Haus Publishing.

“We all share the same dreams, have the same loves and the same ideas that we think about and the best way is to meet is through other cultures that are writing, thinking, and dreaming.”

Arabia Books is celebrating its fifth anniversary this year. When it was founded in 2008, a three-year co-publishing and distribution agreement with the American University in Cairo Press (AUC) was established, which brought Arabia Books big names such as Hoda Barakat or Bahaa Taher. Arabia Books also published the immensely successful Rafik Schami, the Syrian author of The Dark Side of Love and The Calligrapher’s Secret, whose travel book on Damascus had already been published by Haus. Since 2011, Arabia has been “flying solo,” said Schwepcke. “It was a wonderful opportunity to have AUC’s support and advice at the beginning; they played the role of the god parent.” Arabia Books has advisors such as the Arabist Peter Clark, Arabist and translator Marilyn Booth, and professor of modern Arabic literature Rachid Al Anani. Margaret Obank and Samuel Shimon from the literary magazine Banipal “have been invaluable.”

During the Syrian uprising, Haus Publishing brought out author Samar Yazbek’s memoir A Woman in the Crossfire: Diaries of the Syrian Revolution.

She recently completed a “fabulously successful,” book tour in the US, said Schwepcke. Yazbek’s first novel translated into English, Cinnamon, about a lesbian relationship, was recently published by Arabia Books, benefitting from a translator’s mentoring program in which a young translator, Emily Danbee, was mentored by Marilyn Booth.

While AUC previously retained Middle Eastern and North American rights to Arabia’s publications, Arabia now buys world English language rights and is competing with AUC. It has a new sales team in the US and translator Max Weiss (of Pushkin Press’s recent Nihad Sirees’ The Silence and the Roar) represents Arabia there. Weiss had translated Yazbek’s A Woman in the Crossfire. Arabia will begin to publish non-fiction, a direction that became evident, said Schwepcke, following the success of Yazbek’s memoir, which was published by Haus, because it did not fall into the category of fiction. This does not mean Arabia will publish less fiction — another Haus imprint is Swallow Editions, founded in 2011 with Rafik Schami, which gives young, previously unpublished authors a chance and can spill over to Arabia. They will also be publishing two translated novels (from French) by the prize-winning Algerian author Rachid Boudjedra, The Barbary Figs this fall and The Funerals in 2014.

At a time when public spending on culture has been hard hit by government austerity policies; in the UK the effect on public libraries has been devastating. Arabia Books decided to celebrate its anniversary by giving a gift, rather than receiving one.

“We sent a full set of books we published to all libraries in the UK including three prison libraries, through an organization called The Reading Agency,” said Schwepcke.

“Austerity hasn’t only hit the libraries, but the entire book trade. I wanted to especially support the independent booksellers. They all received the very first book we published; Ibrahim al-Koni’s Gold Dust. It was a message to say thank you for your support. Let’s stick together.”