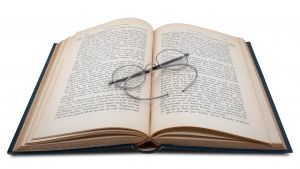 Take the survey below.

In today’s feature story, ““How Do You Like Your Classic Lit: In a Ball Gown or Lingerie?,” Claire Siemaszkiewicz, founder of Total-E-Bound and publisher of the sexed-up Clandestine Classics series, she notes, “In a lot of cases, what our authors have done is to expand on the sexual tension that was already in the story, imagining what the author might have added if they were not as restrained by society.”

The argument is, as such, that in more permissive times (like our own) the authors would have indeed gone “full frontal.”

You might even argue that it will get more people to read the books. But isn’t one of the joys of reading a classic the pleasure of being in the hands of a master prost stylist? Reveling in their word choice, paragraph construction and plot progression?

So tell us, what do you think? Is sexing up the classics going to far? Or is it something worthwhile as a publishing exercise in its own right? Or should we all just lighten up and see it as a bit of fun?