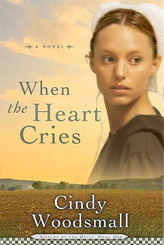 Writing for The Atlantic, Emily Matchar acknowledges that “Chick lit – hot pink covers featuring martini glasses and Manolos, stylish city girl heroines navigating the urban jungle in search of love and career — seem to have gone the way of Friends and the dotcom bubble.” So what’s next?

“In farm lit books, our heroines ditch the big cities beloved in chick lit — New York, Chicago, LA — in favor of slower, more rural existences, scrappily learning to raise goats on idyllic Vermont farms or healing their broken hearts by opening cupcake bakeries in their sweet Southern hometowns. Instead of sipping $16 appletinis with the girls, they’re mucking out barns and learning to knit. Instead of pining after Mr. Big, they’re falling for the hunky farmer next door.”

Among the titles mentioned in the article are The House on Oyster Creek, in which the heroine lives Manhattan and falls in love with an oysterman on Cape Cod and The Lost Husband, where the heroine (a young widow) leaves the city for a rural Texas goat farm and a romance with a “gruff” farm manger.

(As a side note, in Australia, this genre is known as “chook lit” – chook is Australian slang for chicken – and there, “chook lit” is “publishing’s latest phenomenon with rural romances outselling other fiction”.)

But if “farm lit” still isn’t removed enough from the rigors and pressure of city life for you, the Los Angeles Times had a report on another genre that’s also picking up steam for several years running: the Amish romance novel.

Valerie Weaver-Zercher writes that, “In 2012, a new Amish romance novel appeared on the market about every four days. Sixty more were published in 2012 than in 2009, and 83 more than in 2002. The top three Amish fiction authors — Beverly Lewis, Wanda Brunstetter and Cindy Woodsmall — have sold a combined total of more than 24 million books.”

Amish romance novels are seen as a subgenre of inspirational Christian fiction, characterized by a marketer for one of the Christian publishing houses as one whose biggest audience is evangelical women in their 50s and 60s. “They are not hipsters,” he said. They’ve very Christian, very ministry-oriented. There is lots of church talk in line [at book signings]. It’s sort of that rural, Saturday Evening Post crowd.”

Weaver-Zercher points out that the readers of these books don’t want to see the Amish featured in TV shows like Breaking Amish or Amish Mafia or Banshee. They want their heroines chaste and their heroes tender, with the only “scandal” being the possibility of forbidden love Amish-English love.

In fact, as the Times points out, “Amish romance novels offer readers three dimensions of chastity: chaste narratives about chaste protagonists living within a subculture that it itself impeccably chase…Despite the suggestion by some that the appeal of Amish fiction must lie in the arousal of coverings coming off, or suspenders being suspended — hence the coy industry term ‘bonnet rippers’ — most Amish novels are as different from Fifty Shades of Grey as a cape is from a spiked collar. A line from Cindy Woodsmall’s When the Heart Cries is about as erotic as it gets: ‘The longer he stood so close to her, the stronger the need to kiss her lips became. But he was afraid she might not appreciate that move.’ Readers frequently express appreciation that Amish novels are ‘clean reads,’ and that they can leave them lying around the house without worrying that one of their kids might pick them up.”

What’s interesting though, is that no one knows how many of these books, written not by the Amish themselves but by evangelical Christians, are being read by actual Amish people, there is at least, a small audience of Amish reading these books. Which leads Weaver Zercher to ask, “…if Amish readers are encountering fictional versions of themselves in the pages of Amish fiction, will they begin donning evangelical habits of romance and language of faith? How does a culture change when outsiders launder its most cherished values and practices…and sell them back to the people themselves?

Read the full article here to learn what Weaver-Zercher discovered.