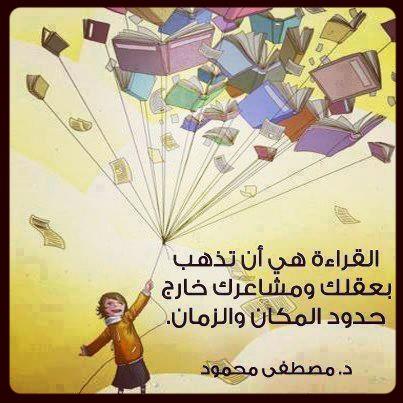 The Sharjah Children’s Reading Festival, sponsored by the Sharjah International Book Fair, has become one of my favorite annual events. Where else are you going to hear a marching band (some of whom are on stilts) transition from “Hello Dolly” to Stevie Wonder’s “Superstition? Where else could there be appeared to be the “world’s largest children’s bounce house” filled with thousand of happily bouncing children? And as an added bonus, the oddest performances of “The Wizard of Oz” I’ve ever seen?

Of course, there’s much more to the festival than mere spectacle. Held from April 23 to May 4, publishers from around the Middle East displayed over 20,000 printed, audio-visual and electronic titles. the event also featured cooking demonstrations, professional seminars, workshops, and exhibitions with more than 80 international guests. Authors read from their books, at the festival and at schools throughout the area, and a glorious exhibition showed off illustrations from around the world. It’s a salute to children, to reading, and to the publishers who help to make it all possible.

Bestsellers in Sharjah Same as Everywhere According to the staff at the UAE based Jashanmal National Company, the festival’s best-selling titles were the same as those that are otherwise best-sellers throughout the world: Diary of a Wimpy Kid, Dark Desire, Rick Riordan’ts Percy Jackson series, Roald Dahl and Cassandra Clare. The best-seller written in Arabic? The Spirit in Dubai.

In a conversation with the Director of the Sharjah International Book Fair, Ahmad Bin Rakhad Al Amri, we spoke briefly about the turn from, as he described it, Arab Spring to Arab Fall: “Publishing has stopped in Libya and Syrian publishing has largely moved to the UAE,” sad Al Amri. “In Egypt, the influence of the Muslim Brotherhood is being strongly felt and because of political tensions, publishers from Algeria, Morocco, and Libya were absent from this year’s Children’s Reading Festival.”

But at the same time, he remains optimistic both about publishing in the Middle East as well as the upcoming Sharjah International Book Fair (November 6—16). “We’ll be hosting 924 publishers from 63 countries from around the world. In fact, we’ll be welcoming the world to Sharjah!”

Tips on Writing for Children

The panel discussion “Techniques for Writing for Children,” offered an interesting look at the struggle of Middle Eastern writers to reach young readers, as well as offering up cultural differences that intrigued the culturally mixed audience.

Fatema Sharafuldin of Lebanon spoke passionately about the need for children’s writers to keep their language simple and correct, “the language of daily life,” and urged that writers of young adult literature, which she admitted was a “weak spot” in publishing in the Middle East. “Pay attention to what is being done in other language to learn how to approach sensitive contemporary topics,” she added. She also called on writers to “stop self-censoring,” and to learn to write about “taboo” topics in a more creative way. (That said, I recently learned that the much talked about up-coming If You Could Be Mine by the young Iranian-American author Sara Farizan, (to be published in the United States by Algonquin Books for Young Readers), with its “taboo” topics of lesbianism and sexual reassignment, will not be available to Middle Eastern readers, in at least the UAE.

Yaqoob Mohammad Eshaq of the Kingdom of Saudi Arabia, the author of more than 300 children’s books,  made clear one simple rule: “There is a difference in writing about children versus writing for children.” He urged children’s book writers to “practice writing for adults first,” while adding that writers for very young children should “avoid pronouns and conjunctions,” and writers for older children should be careful not to leave the text vague and to “avoid synonyms, because the child might think that words have more than one meaning.”

Finally, Scott Gardner captivated the crowd with his spirited didgeridoo playing, as well as a fascinating comparison between the difficulties between a regional Australian young adult writer like himself and children’s book writers in the Middle East in reaching an international audience. “We write books that follow the heart of our culture – cultures that don’t necessarily translate well to other cultures,” he said.