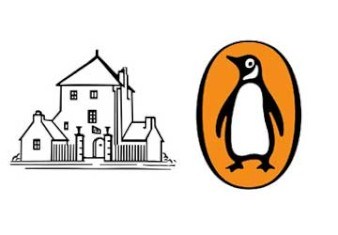 While walking the halls of BookExpo America this week, if you ask almost anyone from the New York offices of Random House or Penguin what they are doing this summer, the answer is nearly always the same: “merging.”

One editor remarked that they’d given up any hope of taking a holiday for the next few months out of fear that if they left, they’d return only to find they no longer had a desk…or a job.

So what can we expect from the Random House/Penguin merger? According to industry consultant Mike Shatzkin, what we can look forward to are new walled garden distribution models. First, “I suspect that they will create subscription model for ebooks.” Shatzkin says that the merged company will have “half the books,” which will “be enough” as the Literary Guild and Book-of-the-Month Club proved years ago.

The decline in shelf space is happening faster than the decline in demand for books, noted Shatzkin speaking toward the close of the Publishers Launch conference at BookExpo America on Wednesday. Borders knew that reducing shelf space wasn’t enough so they just closed, Barnes & Noble is leaning toward a Target-model of retailing and stocking plenty of non-book items.

“If I’m Random Penguin — and I’m sticking with Random Penguin, because it is funnier than Penguin Random House — I would start talking to every other retailer in America and ask them if they want books. They can sell them on consignment and offer lower discount than they do to bookstores and in a few years they will have 1,000 places that sell books that others don’t,” he said, adding, “[Random Penugin] will have the biggest check book and — here’s the most important thing — the biggest foundation on which to sign authors.”

“I call the reset the ‘following four’ quipped Shatzkin, who pointed out that even if the four remaining large publishers decide to consolidate or merge, they will still be a bit smaller than the combined Penguin Random House.

Of course, noted Shatzkin’s conference co-organizer, the publishing journalist Michael Cader, “a merger is not a likely or viable competitive strategy.”

Shatzkin countered, “I ultimately think we’ll see that general trade publishing is going to consolidate into a single entity over the next ten years. I think you need to figure out how to work in a niche.”

Cader added, ”Just to be clear, the [DOJ ebook price fixing case] settlements don’t prohibit house A from talking to house B for a joint venture. It is still possible, but not legally prohibitive. Shatzkin noted that Bookish still exists. “Of course, its only three weeks old and we’ve already forgotten about it.”

So how can the “following four” compete? For starters, Shatzkin recommended that every publisher introduce a subscription service for their children’s books “since every parent will have 14 services on their devices that they can use to buy children’s books and they will.” Aside from that, the time may be passed for them to truly take on the merged Penguin Random House at the same level of competitiveness. “In hindsight, a smart publisher would have gone to F&W and bought it a few years ago and absorbed all those verticles into their own house…”

“Amazon’s print book growth share and sales have grown year after year in absolute terms, but they are starting to ebb,” replied Cader. “They were as close to flat as possible in the last quarter. I don’t think there is inevitable gravity in the ebook market. some dismiss Kobo and Google, but they are gaining some share. Apple has gained share and has been encouraged into putting more resources into ebooks in order to gain more share.“ And if Amazon’s share growth does stop or decline, then their threat as a publisher does decline.

Of course, Penguin Random House will continue to foster good relations with our friend in Seattle, “A publisher cannot encourage winners and losers among their vendors,” said Cader. The fact remains that publishers “want to get their book out to wherever it can go.”

Nevertheless, publishers continue to say that they feel constant pressure from Amazon. “They feel this pressure from a very large competitor that is living on essentially zero margin,” said Cader, “I think that’s an overlooked part of this competition: that publishers are competing against a company that is willing to be in the market with little or no margin.”

That said, publishers themselves are doing much better and turning in increasing profit margins of five, six, even seven percent.

“For those people who are concerned that Amazon or another force becomes so dominant that there is no other market, the question is how much are you reinvesting back into your vision of the future?”