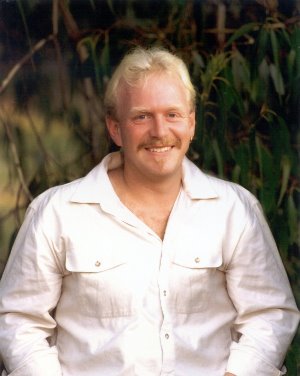 I didn’t read novels as a kid. I read textbooks — mostly about animals and the Aboriginal history of Australia. The first fiction that breeched my defences was handed to me by a librarian. I was seventeen and the book was My Side of the Mountain by Jean Craighead George. It got through because the story — about a boy who runs away from home and lives in a tree, gathering food and hunting with his pet falcon — resonated with me like nothing I’d seen or heard. It was a Northern hemisphere interpretation of my subsistence summers in Australia. I can say, with confidence, that My Side of the Mountain set me up to be a writer. I’d found myself on the page.

My first book, One Dead Seagull, was released in Australia in 2001. The book drank a lot of beer, rode a kangaroo to school every day and called everybody “mate.” Well, not literally, but I’m sure you get the drift — it was unapologetically Australian in its setting, diction and content. It was marketed as “young adult fiction” because the protagonist was fifteen years old. It was the first time I’d heard of the genre, but it fit me like a latex glove and the book sold about 10,000 copies. That’s a reasonable run in the antipodes. It repaid its advance and earned some royalties and, twelve years down the track, it still ticks along as an ebook. My first book taught me a lot about the industry, most notably that I could NOT earn a living making books like One Dead Seagull. Like a lot of first-timers, I’d eagerly handed over world rights. The publisher — a major multi-national — couldn’t find a home for the book in any other market. Mind you, they only tried to sell it to their affiliates and they didn’t try very hard. I only saw one international rejection letter for that book, from a US publisher, and it said that One Dead Seagull was steeped in vernacular and inaccessible to markets outside of Austria. Not Australia, Austria. That’s a simple mistake — like accidentally calling America by its homophone Armenia. Only their mother can tell them apart…

I kept writing. I supplemented my paltry royalties and advances by touring the country and talking to young people about writing and books. One of the big advantages in writing for teens is that they are a captive market, penned together in schools for the best part of the year, encouraged to read (coerced to read…forced) and hungry for something real and meaningful from the outside. I was talking to my readers, listening to their stories and book sales improved in regions after I’d visited them.

With the publication of my third book, I had enough street cred to secure the services of an agent and that was a game changer. My advances went up, my royalties improved and we kept the rights to territories outside Australia and New Zealand. International rejections began falling like snow, and they all said the same thing; too parochial for our audience.

Many Australian kids can confidently pull off a variety of accents. We’re a modern nation and people from all over the world call Australia home. Mimicry, as a form of humor, sometimes seems like the conduit from cultural imperialism to homogeneity. The kids are particularly good at American and British accents — we get lots of material (music, TV, films and books) that ring with the idiomatic expressions from the source cultures. Not much goes back the other way. Well, not much that I don’t want to apologize for (Neighbours, Crocodile Dundee). What if the publishers didn’t understand my accent? I began to tone down the provincial elements of my books (particularly setting and dialogue) and crank up the story — the universal element of narrative — in the hope that doors would open.

Many of my Australian writer friends (John Marsden, Andy Griffiths, Markus Zusak, Margo Lanagan) worked out that story is god a long time ago and have enjoyed great success in other languages and cultures. Some have told stories with such conviction that their books are printed with a glossary explaining the meanings of colloquialisms they’ve used. Rather than adapt the text for the target market, the target market has been given the tools to decipher the dialect themselves. Apparently, it’s not just our kids who are hungry for something real and meaningful from the outside.

My most recent (thirteenth) novel, The Dead I Know is a story about a Goth kid working in a funeral parlor, and it has won awards in Australia and been sold into Canada and the USA. Suddenly, my sales have more than tripled, and if I could repeat the formula and expand the territories, I could possibly make a sustainable living from advances and royalties alone. I could be a writer.

Is this the trade off between art and commerce? Have I forgone the celebration of my own culture by playing down its uniqueness in order to reach more readers?

Still another part of me knows that story is god, and that when your homage to that god is true, your output will be universal and your readers will have a greater chance of finding themselves on the page. There’s no greater gift a writer can give.