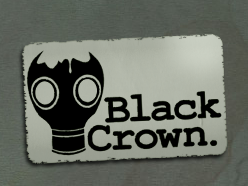 For Dan Franklin, digital publisher at Random House UK, the “interactive fiction space” that The Numinous Place — discussed in today’s feature story “Why Interactive Fiction is ‘Just Really Hard to Do’“— is about to reach “a critical mass of projects which makes it more likely that they will get noticed.”

Franklin’s own online “narrative experience” Black Crown launched earlier this month. Such projects, he believes, “have to live and die by their writing” if they are text-based, although he accepts that “it’s an area that’s finding definition, or perhaps evading definition,” particularly in trying to work out how they are going to make money.

“Black Crown uses a free-to-play business model,” which he believes is more effective than an app, which is a “very small window in a dense marketplace.”

While Profile Books’ Frankenstein took the story arch of the original story and added new IP and Sean Ingle’s Fighting Fantasy is “retooling nostalgia for new platforms,” current fiction like The Numinous Place “is a new frontier for publishers to experience.”

“People have a sense of what they want,” says Franklin, “but publishers may have to be like Henry Ford, and give people what they don’t know they want.”

It is interesting, he says, that such video games as the latest Tomb Raider and LA Noir are “narrative heavy” and have placed “writers at the forefront.”

Bhaskar believes that “Markets can’t really be educated. The question is whether they evolve or not. We really don’t know whether they will, but no one ever will unless people are willing to take risks and try things. I for one laud anyone doing that.”

Ultimately the more boundaries between different forms “get blurred, the more interesting things are. People have to remember genuinely new forms evolve only slowly. It took hundreds of years to perfect the novel, decades for computer games (which are still far from a fixed form), and so we should expect decades to elapse before we really understand how they interrelate.”