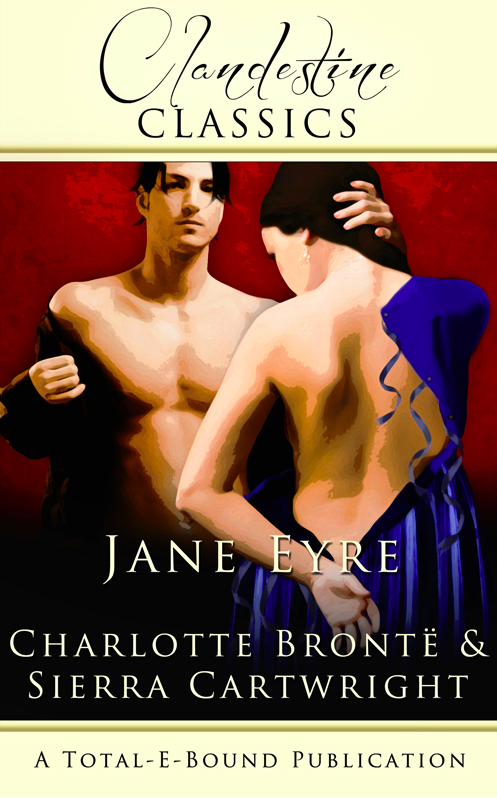 Coralie Bickford-Smith has led a redesign of Penguin’s English Library.

Recently I was browsing New York City’s Shakespeare & Co. bookstore, and the classics section caught my eye. The store relies on face-out displays and I was surprised to find that instead of the familiar Penguin black paperbacks was a collection of clothbound hardback books with embossed covers. These included a trio of Jane Austen titles — Pride and Prejudice, in a lovely gold color with birds printed across it in foil, Mansfield Park in dark blue cloth, and Sense and Sensibility, in powder blue cloth — as well as a stunning edition of Dickens’s Great Expectations, in navy cloth, white chandeliers dripping down the cover, possibly from Miss Haversham’s dusty oversized hovel. They were like lovely dyed Easter eggs in an English major’s Easter basket, if there was such a thing as an Easter bunny that brings clothbound classics to English majors. Several years ago saw a new age of classics publication, ranging from the stately to the absurd. Pride and Prejudice and Zombies ignited a trend that tilted the publication of classics slightly askew. Among its progeny was Sense and Sensibility and Sea Monsters: “Alas! A quarter mile off the coast of Sussex, Mr. Dashwood was eaten by a hammerhead shark. Such was clear from the distinctive shape of the bite marks and the severity of his injuries, when he washed up on the shore. The cruel beast had torn off his right hand at the wrist, consumed the greater portion of his left leg and the right in its entirety, and gouged a ragged V-shaped section from Mr. Dashwood’s torso.” Poor Mr. Dashwood, indeed!

Classics continue to sell briskly. The NYTimes reported recently that The Great Gatsby was the top selling book of the week on Amazon, as well as the best selling paperback in the brick and mortar B&N stores. Two covers are dueling — a garish movie tie-in for Baz Luhrmann’s 3-D film starring Leonardo DiCaprio and Carey Mulligan — and the original ubiquitous art deco cover with the floating eyes on a royal blue background with a nighttime cityscape. Presumably it’s not just Leo ramping up Fitzgerald sales, especially when readers can download this classic and most others for free?

So how are publishers managing to sell books that are widely available for free online? Ask Penguin’s book designer Coralie Bickford-Smith, who designed the aforementioned cloth-covered gems, and who has been lauded as a superstar at the company. “I think because of the ebooks, and because of all of this sort of electronic reading, that the classics have been treated more in a gifty, beautiful way,” she says in a cinematically adorable British accent. “Obviously all these texts are available free online because they’re out of copyright. So it’s quite amazing that these clothbounds are reprinted because they sell and sell and sell. It’s quite amazing as a model that you can repackage text, which is out of copyright, and it can sell. So it’s about creating beautiful packages so people can own and love and cherish their favorite pieces of literature.”

Bickford-Smith’s ongoing design concept is to pluck out an iconic theme from a piece of literature and create a recognizable patter, not dissimilar from Regency wallpaper (ergot, the birds and the chandeliers). The pattern is printed in foil on the clothbound covers, of which there are about 20 shades of color available. “Everything we do at Penguin is mass produced so it’s all about finding the production process that can work, and it’s quite a tricky thing to do,” she notes.

In addition to a limited number of cloth colors, there are also only a handful of foil colors from which to choose. As time passes, fewer colors of foil are being manufactured and not all stick to the cloth properly, a fact that’s often not discovered until books are at the printer. “With Dracula I got away with a dark grey cloth with a black foil on it. I’m into simple colors and monotone. There are so little cloth colors I can choose from, and even less foil colors. The black garlic flowers were about keeping the evil entrapped inside of the book.”

Last year Bickford-Smith designed 100 books in nine months for the Penguin English Library. She loves hand-selecting the design tropes from the literature, but admitted that the largesse of this task required a little help from a trusted colleague. She’s also recently finished her 43rd clothbound/foil cover, Robinson Crusoe. “It was exciting because I wrote my dissertation on Robinson Crusoe. I thought so much about time [as depicted in the book], because he notches onto this cross that he constructs the passing of the days and weeks. In the end I decided on doing the phases of the moon. I’m really proud of that.” Not everyone has the same idea of what it means to “cherish” their favorite pieces of literature. Enter the “Classics Muckrakers,” if you will. Book lovers, certainly, but far more bold in their task of reinvention. …and the Clandestine Classics version.

“In a lot of cases, what our authors have done is to expand on the sexual tension that was already in the story, imagining what the author might have added if they were not as restrained by society,” says Claire Siemaszkiewicz, founder of Total-E-Bound. “We have been very careful to try to emulate the original author’s voice too. They’ve been adapted very well and all of the authors involved have spent a huge amount of time researching to ensure that they get it just right.”

Clandestine author Ranae Rose had the task of spicing up Wuthering Heights. “Writing the sex scenes in Wuthering Heights was different in that I had to make sure I stayed true to the style of the original novel and the language of the time period. I also had to consider the motivations and personalities of characters that were created by another author, rather than being products of my own imagination. It wasn’t as difficult for me as it might have been, as I’d already read Wuthering Heights many times. It’s actually my favorite book! Immersing myself in Heathcliff and Cathy’s world was something I’d already been doing for some time.”

Total E-Bound currently releases one Clandestine Classic every month, and they’re among their best sellers. They have a back catalogue of 14 in the collection so far. Devoted readers can choose from amended editions of Jane Eye, Wuthering Heights, Dracula, Tarzan of the Apes, The Phantom of the Opera, and, of course, Pride and Prejudice. They’ve gotten their fare share of attention. “Initially, the books had a polarizing effect. Some people loved the idea and others hated it, but whichever it was, people were certainly keen to see what we had done with some of their all-time favorites. What we are finding is that our adaptations are opening the classics to a new generation of reader — people who never would have read the classics are buying them, as are lovers of the classics who are also very interested to read our versions,” says Siemaszkiewicz.

Clandestine’s blog will be a new regular destination for me. If laughter is the best therapy, I’m especially grateful for this recent posting, titled “Ichabod Crane – Stud or Dud?” It begins, “Hi everyone — I was actually just over at Hitting the Hot Spot a few days ago discussing just how hot and sexy Ichabod Crane is. Okay — you can stop laughing now. No, really — stop! As it turns out, The Legend of Sleepy Hollow was originally only a 12,000 word short story that was part of a collection that also included the classic Rip Van Winkle. My joint venture with Washington Irving on Sleepy Hollow, however, eventually swelled to approximately 37,000 words. And — ahem — that wasn’t the only thing that swelled!…I’ll confess I was a little concerned at first about Irving’s descriptions of Ichabod. Phrases such as ‘His head was small, and flat at top, with huge ears, and a long snipe nose…’ was hardly going to get him nominations as hunk of the year. But his rabid courtship of Katrina, and her ‘coquettish’ response to him – left the door open for both hanky and panky.”

Whether it’s drastic reinterpretation or delicate repackaging, the classics shall remain so, and will continue to appeal to those who wish to display lovely books face out, or keep them tucked away in their Kindles. “I love the concept of making people who’ve read the book fall in love with the book all over again,” says Bickford-Smith. “By feeling clever. By understanding what the icon or symbol is. And also making people who haven’t read the book get curious about them and make them question, ‘Why does Little Women have scissors on the cover?’ or ‘Why does Jane Eyre have the horse chestnut leaf?’ In Jane Eyre, the horse chestnut leaf is about when he proposes to her. They’re sitting near the horse chestnut tree that got struck by lightning. The cover was designed in grey because she was always wearing gray, even when she got married. She’s really utilitarian, and very functional.”

Well she was, until Clandestine got their hands on her.