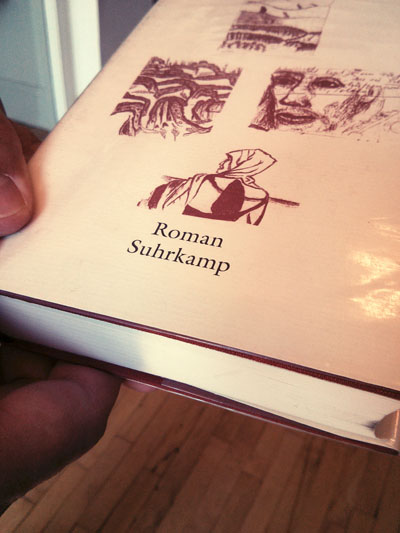 In the ever-deepening turmoil surrounding German publishing house Suhrkamp Verlag, the publishing house has filed for bankruptcy — taking advantage of a new type of bankrupcy status available under German law only since March of last year. The Schutzschirmverfahren (literally “protective shield process”) was created to make it easier for indebted but nonetheless viable businesses to restructure themselves. Businesses who apply for it are still technically bankrupt, but they’re given three months to restructure themselves, while for the most part still maintaining control of their business. For those unfamiliar, Suhrkamp majority-shareholder Ulla Unseld-Berkéwicz (widow of longtime Suhrkamp publisher Siegfried Unseld) has been locked in a bitter power struggle with minority-sharholder, Hans Barlach, for years, which has entailed numerous legal battles, drained the publisher of money and damaged its image. Until now, things had been looking up for Barlach. Most recently, he was awarded a 2.2 million euro profit distribution in March, following a December decision that Unseld-Berkéwicz and other Suhrkamp leadership had misused funds and should be removed from their positions within the company (which does not, however, affect Unseld-Berkéwicz’s ownership).

Because the Schutzschirmverfahren is so new, and certainly has never been applied to a similar situation in publishing, it is nearly impossible to know precisely what its effects will be. What seems certain is that it is a coup to disenfranchise Barlach (who called it “the worst of all plans” and now may likely not receive his 2.2 million euros). The declaration of bankrupcy came as a surprise to many, since official voices from Suhrkamp have been insistently claiming (often against contradicting rumors) that the house’s financial situation is good. This was likely to some degree whitewashing to defend against Barlach’s claims of mismanagement, just as some speculate that the purpose of the current bankrupcy filing is to overdramatize the effects of the profit distribution he won.

Speculations about a third shareholder, Hubert Burda, stepping in, have been disavowed by Burda’s company (though the Spiegel notes that Burda has not denied his potential personal involvement).