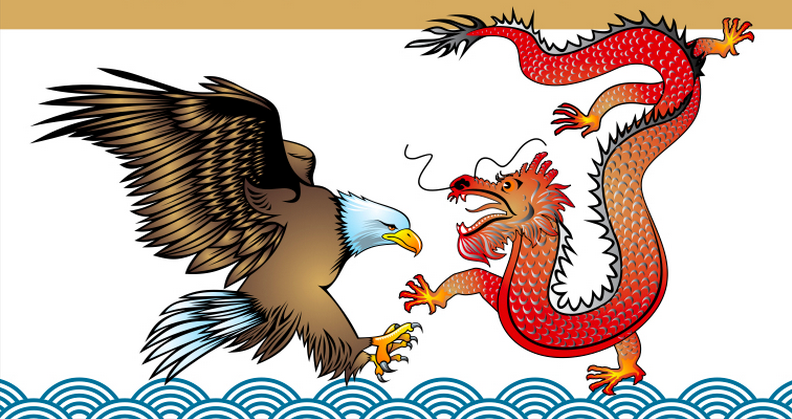 Who dominates the Web? Most people’s answer would probably be: Amazon, Apple, Google, Microsoft, Facebook, Yahoo! and other Western giants. So, in most debates on digital publishing, e-commerce and social networks, speculation continues as to how Amazon will take over the world or when the iOS will achieve global domination.

The clout these players have is undeniable; although unlike the way things were a few years ago, they are no longer alone. We in the West are aware of the remarkable performance of the South Korean Samsung — which occupies the number one position in cell phone sales worldwide — but we tend not to have heard of countless Chinese platforms and manufacturers that sometimes outsell their American and European competitors.

Let’s look for example at the Alibaba Group. Thanks to its Tmall and Taobao business units, in the first 11 months of 2012 this e-commerce company, founded in Hangzhou in 1999, recorded sales worth $157 billion dollars, more than Amazon and eBay combined. According to Jack Ma, the founder and former CEO of Alibaba, the company’s sales volume could exceed the total for all American e-commerce companies in 2013.

What is the strategy of these Chinese behemoths? How do they compete with their Western counterparts, particularly those from America? What impact might they have on the Web as we know it?

In an inspiring article published in Asia Times, Brett Daniel Shehadey describes the personalities of the United States and China on the basis of their respective national symbols: the eagle and the dragon.

The eagle’s strength lies in its razor-sharp vision, its capacity for flight and its nest, which are inaccessible to potential predators. The eagle is proud, it knows what it wants, but if it were forced to walk on the ground, it would find itself in grave danger.

The dragon embodies very different virtues. It moves secretively, as though invisible, and gives no hint as to what its next attack might be. This creature of ancient wisdom is able to imitate other animals — it can both fly and walk, only to then disappear. It is confident of its own superiority but does not show it, for fear of envy. The greatest danger for the dragon lies in overexposure: if it shows itself too much, its rivals will distrust it and try to attack it at various points simultaneously.

This play on images is used by Shehadey to analyze geopolitical issues, but – as we will try to do here – it can also be applied to the digital sphere.

In general, American Internet companies prioritize building brands in their domestic market; they then export their products and services without any major modifications. One of the overarching trends in the sector is towards cloud computing: in keeping with the eagle’s style, this involves building impregnable “nests,” which form the center of an entire ecosystem of devices, applications and messages that can be controlled remotely.

While standardization and cloud computing provide the eagle with undeniable advantages — speed of reaction, simplification of processes — they also involve risks. Firstly, American Web companies often underestimate local contexts — the cultural, political and regulatory specificities of each market– which might help explain the difficulties encountered by Apple in Brazil and Mexico, and Amazon in India, for example. In addition, the centralization of data necessarily implies greater vulnerability for users: the possibility of the US authorities carrying out surveillance of cloud data has thus provoked heated controversy.

The Dragon and the Power of the Invisible

With sustained economic growth for over three decades and the consequent migration of millions of inhabitants from rural to urban areas, China has concentrated on modernizing both its transport and communications infrastructure. As is well known, the State exerts iron-fisted control over search engines and social networks. Nevertheless, the regulations have not prevented the emergence of extraordinarily dynamic Internet companies. Platforms such as Sina Weibo, Renren, Tencent, and Douban, among numerous others, are taking advantage of a domestic market of 564 million Internet users and offering increasingly sophisticated services.

Unlike the eagle, the dragon adapts itself flexibly to the most diverse circumstances. Tencent’s WeChat service, for instance, is expanding into markets as dissimilar as India, Malaysia, Mexico and Argentina. The performance of hardware manufacturers is equally spectacular, to the extent that a firm like Huawei already earns 66% of its revenue outside of China. Countless Chinese technology companies are venturing into Latin America, Africa, Asia, Europe and even the Unites States, with a recurrent strategy that combines the cloud with “ground-based” advances: 1) enter a new market discreetly; 2) go into partnership with home-grown companies; 3) wherever possible, offer localized products.

In the Kingdom of the Dragons, Eagles Do Not Fly

On account of its number of users, China constitutes the most attractive digital market in the world. However, few foreign companies have been able to maintain a secure position there due to the fact that, by applying a complex digital ‘kung fu,’ the local giants compete ruthlessly and the Chinese State imposes harsh conditions.

In early 2010, Google decided to withdraw its search engine from mainland China, following repeated clashes with the government. Although Google was already losing market share to its rival Baidu prior to the conflict, it ended up turning the whole episode into a political event after it compared the Chinese system of government to Soviet totalitarianism. At that same time the dizzying expansion of the mobile phone market was just getting underway, which meant that the departure from mainland China had extremely negative consequences for Google: the Chinese cell phones that now run on Android usually lack Google services. Aware of its mistake, it didn’t take the company from Mountain View long to make a pragmatic change of direction and resolved to return to China in 2012.

Google’s conflicts in China are not just related to the government, but also to the big local private players. In September of the same year, the Taiwanese manufacturer Acer — which uses Android for 90% of the devices it produces — suddenly cancelled a press conference at which, alongside the Alibaba Group, it was planning to unveil a smartphone that ran the Aliyun operating system, based not on Android but on Linux. According to Alibaba, Google had apparently threatened to terminate Acer’s licensing agreements for Android, which forced the manufacturer to postpone the joint project. The giant Alibaba will more than likely keep up the fight.

For Apple, China represents a vital destination. However, in China, the company from Cupertino remains a minor player whose market share is shrinking due to competitive pressure from Samsung and local manufacturers like Huawei, Lenovo, Xiaomi and ZTE. An alliance with China Mobile — the main telephone operator — will enable Apple to increase its presence in the Middle Kingdom, albeit at a very high price: China Mobile is demanding that Apple share revenue from the AppStore, something the US company has never granted to any other operator in the world. Another option for Apple would be to manufacture low-cost phones, but that could also do irreversible damage to the brand.

Several rumor-filled months went by before Amazon managed to launch the Kindle store in China. The delay was put down largely to the difficulties undergone by the company with regard to setting up its cloud — a key component in the functioning of Kindle devices. In December 2012, Amazon finally opened its Kindle store – selling only e-books, like in Brazil — but the headaches were just beginning: the General Administration of Press and Publication (GAAP) deemed that Amazon did not have a proper license for selling e-books. Even if Amazon manages to normalize the situation, it will have to face cut-throat competition from Chinese e-book companies like Shanda, Hanvon and Alibaba itself. After eight years of local presence, Amazon’s business still does not account for more than 1% of Chinese e-commerce.

Conquering the Web Without Firing a Single Shot

The Chinese giants have already made international inroads, particularly in emerging regions, but not all of them are in a hurry to conquer Western markets. They still have some fine-tuning to do domestically, and too aggressive an expansion would lead to strong resistance, as happened to Huawei in the US.

Faithful to their style, the titans from the kingdom of the dragon will probably continue to keep a low profile, leaving it up to their foreign counterparts to dominate the headlines. Many Chinese companies sense that the global financial crisis might make Western companies — many of which are over-extended — turn to them in search of fresh funding, along the lines of what happened with Yahoo! and Alibaba in September 2012. If it succeeds in imposing its style, the dragon will one day be able to buy up all its rivals and thus shape the electronic universe as it sees fit.

In such case, we would perhaps see a shift from the relatively unitary Web we have today, to a set of less inter-connected intranets: a Web that would be impassable for the eagle, but easily accessed by the dragon. This could have huge consequences on all areas of electronic life.

Some Western companies already accept the new status quo and — like Apple — ostensibly play by the rules. Other eagles, seeking free and open skies in which to soar unhindered, will have no other alternative than confrontation. In that case, the dragon will perhaps choose to resist the blows, knowing full well that unless some unexpected disruption occurs time will play to its advantage.

A version of this article originally appeared on Alliance-Lab web site.