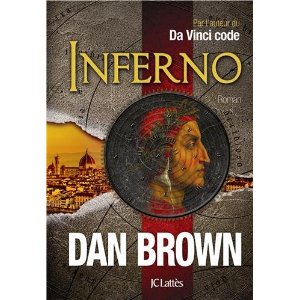 Dante himself would have been impressed. For nearly two months, 11 people were kept tucked away in an underground “bunker” near Milan, Italy, (actually a windowless high-security basement at the Milan headquarters of Mondadori, Italy’s largest publishing company, owned by Silvio Burlusconi) where they worked seven days a week until at least 8pm each night; all to translate Dan Brown’s new book, Inferno, into French, German, Spanish, Catalan, Italian, and Portuguese in preparation for its multi-nation simultaneous release on its publication date of May 14.

The “translators 11” worked from February through April 2012. They were forbidden from taking mobile phones into the “bunker.” They were guarded by armed security personnel. Their laptops were secured to their workstations, and they were only allowed access to the internet through one, supervised, communal computer. They were banned from taking any notebooks or papers out of the bunker, and had to turn in the manuscripts they were working on each evening. Minibuses took them to and from their hotel.

And although the translators were “allowed to take their meals at the Mondadori staff canteen, they were each given an alibi and a cover story, just in case someone showed the slightest hint of curiosity about what they were doing all day (and a large part of the night) in a locked-down bunker. Even so, according to The Independent, “they were also told to sign in and out each time they entered or left the bunker – and even to keep a log of their activities, which reportedly included entries such as ‘cigarette break,’ ‘short walk,’ and ‘meal.’”

The Telegraph quoted translators talking about their strange experience to the Italian magazine TV Sorrisi e Canzoni, which is owned by Mondadori.

French translator Dominique Defert exclaimed, “Free time, what free time? Milan? Where is Milan? I might as well have been in a distant galaxy.”

Esthel Roig, the Catalan translator said, “I went to Milan three times and it was fantastic to see people, shops, and restaurants, but I was too tired to really enjoy these things.” Ms. Roig also noted that the hotel where they stayed was “lost in the middle of nowhere,” and she desperately missed her cat.

Another French translator, Carole Del Port, reported that “The time outside the bunker was essentially reduced to nothing — lunch, dinner at a very late hour (we were mentally exhausted) and sleep. But it was a unique, fantastic experience — a rare opportunity to work in a group for weeks and to experience total immersion in the world of Dan Brown.”

And while Inferno has been described as Brown’s “highest-stakes novel to date,” which draws from Dante’s Inferno and continues the adventures of Harvard professor of symbology Robert Langdon, details of the plot have been kept top-secret. And as one translator said jokingly (or not), “I’m not allowed to tell you anything about it. If I did I’d have to shoot you.”