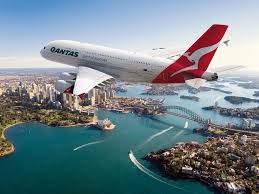 Australia’s flagship airline, Qantas, is encouraging its elite milage passengers to put down their ereaders and pick up a book — and it is supplying the books. In partnership with Australian ad agency Droga5, the airline has custom published a line of short books that can be read in the duration of a single flight.

“It occurred to us that, in this world of Kindles and iPads, the last bastion of the humble, paperback novel is actually at 40,000 feet,” explained Droga5’s Sydney Creative Chairman David Nobay in an interview with Advertising Age. “Just take a look at the bulging shelves at any airport bookstore. But, for all its relative clumsiness, there’s an unmistakably reassuring charm about thumbing through a good book as you recline amongst the clouds.”

Article has been updated to correct spelling mistakes.