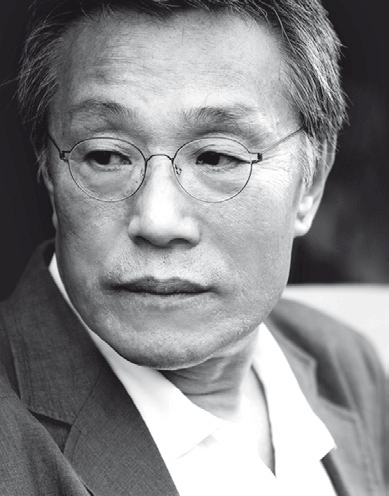 At koreatimes.co.kr, Kin Tong-hyung examines allegations that publishers in South Korea are inflating the sales of books, “another scandal the country’s terminally ill book market can do without.” Consider this: Two of the country’s best known authors, Hwang Sok-yong and Kim Yeon-su, have asked that their newest books be removed from bookstore shelves “as their reputations and dignity come under threat.” Kang Byung-chul, CEO of Jaeum & Moeum, is leaving his position after it was discovered that his publishing house had stockpiled large amounts of books while claiming them as having been sold to consumers.

And although the two authors claim they knew nothing about the deception and Kang claimed that it was “an isolated case,” the paper cites book industry insiders who say that “publishers hoarding copies is the industry’s worst-kept secret, a habit so deeply rooted it would require considerable time and effort to clean up.”

Why stockpile? Book sales in South Korea are down significantly (households now spend 28% less on books than they did in 2003, the number of books released by publishers dropped 20% in 2012), and the only books that seem to sell are the ones that appear on bestseller lists, “which have a strong influence on today’s casual readers with short attention spans.” So, according to the article, publishers will go to almost any length to get their books on the lists, including falsifying sales records.

A current affairs program on Seoul Broadcasting Systems (SBS), “In Depth 21,” reported that three novels published by Jaeum & Moeum – Hwang’s Yeowulmulsori, Kim’s If the Waves Belong to the Sea, and Baek Young-ok’s poetry collection Seven o’Clock Breakfast Meeting, were stockpiled by the company in order to inflate their sales numbers.

And it just might have worked. Hwang’s Yeowulmulsori made it onto the bestseller lists of both brick and mortar and online book sellers immediately after its release in November of last year, and has remained there ever since. In response to the alleged stockpiling, the author was quoted by the Korea Herald as saying, “I wrote the novel…to celebrate the 50th anniversary of my literary career. The hoarding scandal is insulting to my career and it is extremely humiliating to have the book involved in such deeds.”

The Korea Publishers Society, the industry lobbying group for publishers, stepped in quickly after the news became public, issuing a statement promising stronger self-regulation. Even so, Han Ki-ho, the head of the Korean Publishing Market Research Institute, expressed doubts that the problem would go away any time soon.

“I know a number of publishers who have a deeper bag of dirty tricks than Jaeum & Moeum ever did. Stockpiling won’t disappear but will become harder to detect. For publishers, exposing their books on the front pages of online retailers is the highest objective of their marketing activities. So they will always try to inflate their sales record in some say,” Han told the Korea Times.

He added that, “Nothing is surprising about the recent incident. I think that Hwang’s dramatic response to it made it a larger issue than it other would have been. Nonetheless, I hope this would be a shock treatment for the publishing industry to eliminate its stockpiling behavior.:

“This represents the state of the Korean publishing market, which has become a black hole that sucks up everything except for books listed as bestsellers. Industry people talk about how big bookstores and online retailers will concentrate on promoting the books they anticipate will be absorbed by the publishers themselves, rather than the works they think will appeal to readers the most.”