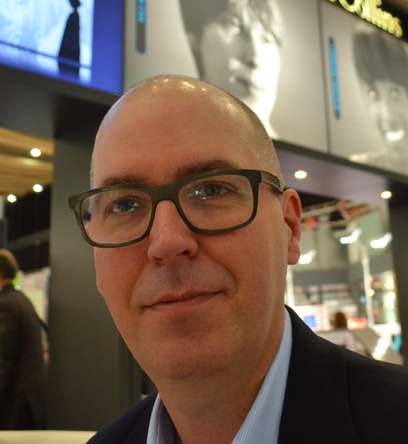 David Roth-Ey: “The problem with digital is discoverability.”

HarperCollins is looking “beyond digital, post-digital” to explore ways its authors can be discovered by consumers. Speaking to Publishing Perspectives yesterday, as the London Book Fair wrapped up, David Roth-Ey, Executive Publisher, Fourth Estate and William Collins, said: “We’re looking at curating experiences around our books and imprints to build word of mouth. The problem with digital is discoverability. In the past, although you have publicity departments who do a good job, you would rely on bookshops to do much of this, to provide that discoverability.

“But that’s changing now and we need to pick up the slack. We need to find ways of creating excitement and getting our books talked about. So we’re going to be launching a Fourth Estate salon in Shoreditch, London’s equivalent of the East Village, and we’re going to do similar things with William Collins non-fiction. So whether it’s bringing together like-minded people at the Royal Society, or in an underground club in Shoreditch, it’s about putting it out there in the real world, creating those direct links with people who are interested in these subjects. I’m a believer in imprint brands, which is why we’ve brought William Collins back, which has a great heritage in areas like natural history and military history.”

He noted the way live performance has had a revival in the music business and even speculated that, unlikely though it might sound, “why not have Brian Cox [the BBC natural historian and scientist whom David Attenborough himself has said is his heir apparent] in conversation with Radiohead at the 02. We have to be able to think big now, and think about these kind of mash-ups.”

At the fair, he noted that talk had reverted back to books. “It’s not just digital, digital, digital. It’s part of the conversation, not dominating it. Content is resurgent, and I’ve been reading manuscripts late into the night.”