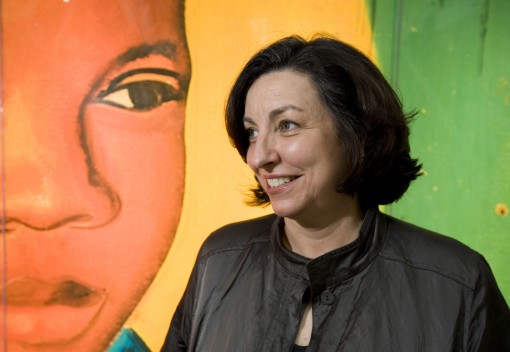 An increased focus on the consumer; continuing experimentation to find the digital Holy Grail beyond straight ebooks; the velocity of change; and the by now almost traditional, chiefly off-the-record, concerns over the power of Amazon, are among issues concerning publishers attending the London Book Fair next week.

Focusing on the Consumer

“First on my mind,” said Faber Chief Executive Stephen Page, “is the consumer. I think we are rapidly getting much better at our conversation with the consumer, but it is in its early days. Obviously, the combination of Goodreads and Amazon is a move in that direction, and I suspect that the merger of Random and Penguin will be, too.

“In some ways it is the Net that has permitted this, of course. But we all forget that there were Penguin bookshops, Doubleday bookshops — it’s not the first time that publishers have had the clever thought to sell books directly to the consumer. But it is really the first time that they’ve started to see that, without knowing the consumer, it may be impossible to say you’ve got any expertise. Owning the channels — it’s an important thing to be able to do — but is not, of itself, enough anymore most of the time.”

Faber’s own conversation with the consumer will increasingly see it looking to form new partnerships, Page says, “from traditional high street retailers to new areas such as arts institutions, places where people buy our books, that show an interest in culture and literature, through to libraries and places where we can generate an audience.”

He also feels strongly that any talk of “normalizing” is a fallacy. “High street recovery, ebooks slowing down — these are stories that people tell. But it is in no way normalizing. There is no such thing as normal, and the velocity of change is the other thing that should be on everybody’s minds. It’s on our minds, as is our relentless pursuit of ‘ways to be,’ much of which means creating a balance between areas where are already expert and the new places we have to be expert, through creating things that haven’t been created before such as The Waste Land app and other initiatives.

“Faber will bounce into the fair on a wave of great success, but keen to keep evolving our business quickly — that’s the key — and looking for the partnerships that will make that happen.” HarperCollins’ CEO Victoria Barnsley echoed the change theme. “The one constant for all of us who work in publishing is the relentless pace of change. That is what makes publishing such an extraordinarily dynamic industry. There is, however, an unchanging hunger for content of the highest quality. In that spirit, we will be delighted to welcome Joanna Trollope to the HarperCollins Stand at the fair, to launch her much anticipated reworking of Jane Austen’s Sense and Sensiblity. Published in October, The Austen Project will involve contemporary versions of all her six novels, by the best novelists in the world, represents the best traditional story telling given a whole new up-to-date treatment.”

Hachette UK is also focusing on the consumer, and has recently appointed its first Consumer Insight Director. Tim Hely Hutchinson, Hachette UK CEO, said: “Nowadays, with almost everyone economically active being online, you can inexpensively conduct active market research, or collect data that you are already receiving from fan sites and so on, and organise it and use it an intelligent way. The days when a publisher might have bought the memoirs of a footballer or a celebrity on a hunch should be gone. We are able to test concepts quickly, inexpensively and so on, and get the answers right.” Hachette’s Tim Hely Hutchinson says publishers are searching for “the next stage” in digital publishing.

On digital, he believes publishers are now searching for the next stage. “The Holy Grail publishers are looking for, and beginning to find answers to, is ‘what digital revenue-earning activity can publishers undertake beyond straight ebooks?’ Ebooks are a very important source of revenue, but I always feel somewhat frustrated, particularly in relation to children’s books and illustrated books, where I think we’re all still looking for what will capture the public’s imagination.

“This is not a question of publishers being slow. Publishers undertake a lot of experiments, but nothing has quite caught on. It will in the end – I’m sure there will be eventually be full ranges of children’s books, or book-type electronic objects for kids, much more so than today, and it will be the same with illustrated books, particularly how to books in cookery, DIY and gardening and so on. But at the moment, we find that the public likes to keep it simple, so publishers may hope to dream up things with a lot interactivity, video and audio and so on, but the public says ‘I don’t want anything too complicated, and I certainly don’t want to pay too much for it, so I’ll have straight text or PDFs or whatever…’”

In common with many houses, large and small, he is conscious of growth in emerging markets which can help off-set a tougher domestic market. Last year it opened an office in Hong Kong for the first time, and it now has full-time representation in China where an ebook operation is also about to go live.

“I think London will be one of the biggest and best fairs for us. There will be huge numbers of people coming over — certainly, there are big contingents from our sister companies, from America and from France in particular.”

Although it’s a minnow in comparison, UK independent Summersdale also notes the importance of overseas markets, with co-founder and MD Alastair Williams commenting: “London is a great showcase for us. There are more international visitors. Our exports are growing, to Australia and the US, and also to the Far East.”

Too Little Speed, Too Much Complexity

Charkin: “Our current business model for the whole industry encompasses far too little speed and far too much complexity.”

Bloomsbury Executive Director Richard Charkin, never one to hold back, has something quite fundamental on his mind. “Our current business model for the whole industry encompasses far too little speed and far too much complexity. I think these are the issues we need to address if we want to take the maximum opportunity from the digital revolution.”

Amazon can be famously fast, with its Kindle published books brought out far more quickly than a normal print schedule, for example, but it is the giant’s most recent move in snapping up Goodreads that publishers are watching. “It does seem like all roads lead to Amazon,” one publisher commented. “It’s cunning because I don’t think it will be stopped on anti-trust grounds. But it is one more path that isn’t independent anymore.”

Another said: “It’s an unproven business that has been absorbed by a major technology company before anyone else could see the proven value of it. They can do this because of their profitability and their shareholders’ willingness to play the long game. I think it would have been exciting to see a publisher buy them.”

Penguin Children’s New Business and IP Acquisitions Director Eric Huang likes to use LBF as “a thermometer of how people are feeling” and notes that people have now moved on in their thinking. “I think a few years ago you had a camp that thought all the work on consumer products and branding and digital — that it was sort of destroying publishing. But I don’t think that exists anymore. Now most publishers are thinking of themselves as entertainment companies — home of stories, not books in particular, although that is still our favourite format.”

Let’s pick up on Hely Hutchinson’s comments on using consumer information to influence publishing decisions. Does that mean publishers will no longer make mistakes?

“You can misinterpret the information. That’s the problem with market research. If you ask people what sort of car they want, they’ll say something that does good miles per gallon and is safe for children. But actually what they really want is a Ferrari. You have to ask the right questions.”