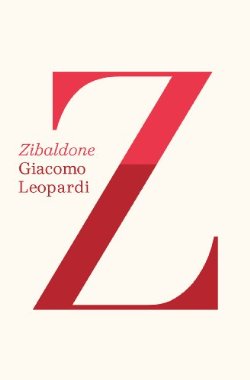 One of the most talked about books of the season has been Herman Koch’s The Dinner. Just a couple of weeks ago, Publishing Perspectives‘ Edward Nawotka looked at the book, its reviews (both positive and negative), and raised the question of whether a translated work can be too “foreign” or in this case specifically too “Dutch” in its attitudes and mindset to reach an American audience.

But how does the translator see this question? What do they see as their role in translating not just the words of the book but the entire foreign culture those words represent? In the Los Angeles Review of Books, Claire Cameron interviewed Sam Garrett, who translated The Dinner from its original Dutch into English. Some highlights:

Are there things you try to avoid?

I try to avoid pre-chewing the reader’s food for them. If absolutely necessary, it’s useful to be able to clarify specific cultural elements without intruding too much. But if it’s not necessary, I try to leave well enough alone. Maybe I’m naïve, but I like to think that foreign elements in a text may educate those readers who are willing to think about them, who haven’t lost their sense of wonder.

Is there a point at which you need to stray farther with the words to convey the meaning?

Oh, sure. In fact, that might be another definition of translation: informed and respectful straying. The words a writer uses not only have a dictionary definition, but also a color and an intention. To pin those down, the translator has to sniff around. From the first to the final word of a translation, you’re leading the reader along a path to a destination. The color is what keeps the reader hipping; the intention is the scent that keeps the translator on the right path.

A good translator has to be not only something of a virtuoso in his or her mother tongue, but also a fluent, knowledgeable, and interested sponge when it comes to the idiom and cultural setting of the language he or she is translating from. If you haven’t absorbed damned near everything, if you’re not fascinated by the picayune details of your second language, you probably shouldn’t be translating.

So a translation is a search for meaning?

A translation is not just turning one language into another. It’s also about opening up a foreign mindset. Our culture is hardwired into us through language.

What was the allure of this project?

What particularly appealed to me about translating this book was the opportunity to try to get the voice of Paul Lohman, the first-person narrator, down pat.  He is, in essence, extremely Dutch, dry and disillusioned. And when crossed, he proves capable of reacting with what you might call ‘extreme prejudice.’ The opportunity to do Paul’s particular brand of extreme prejudice was something I jumped at. The way an actor, I guess, might jump at the chance to play George in “Who’s Afraid of Virginia Woolf.”

If you’re showing the context while translating, where does Koch’s writing stop and your translation start?

I’ve compared my work to that of the pianist Glenn Gould before. It’s a dangerous comparison, I know! Apart from the obvious self-aggrandizement, the point I was trying to make is that the good translator isn’t a composer, but a fluent medium. However well he pulls it off, Glenn Gould playing the “Goldberg Variations” is not playing Glenn Gould – he’s Glenn Gould playing Bach. Do I keep the long sentences, then, or break them up? Do I make the book more comprehensible for English readers than it is for present-day Italian readers (for whom footnotes given a modern Italian paraphrase are often provided)? Above all, do I allow all those Latinisms to come through in the English, which would inevitably give the text a more formal, austere feel, or do I go for Anglo-Saxon monosyllables and modern phrasal verbs to get across the curiously excited intimacy of the text, like someone building up very complex, often provocative ideas as he goes along, with no one at hand to ask for explanations or homogeneity or any sort of order?

And I realize that, beyond the duty of semantic accuracy, all I have to do (all! Is to sit down, for a few hundred hours, and perform this Leopardi – in whatever way seems most right, most authentically close to the tone and the feel of it, at the moment of writing (since every complex translation would be somewhat different if we had done it a month before, or a month later, or even an hour); yes, just hear the text and experience it absolutely as intensely as I can, allowing myself to fall into its way of thinking about things, then say it in English, perform it in English, my English, as he performed it, sitting at his desk, writing in Italian, his very peculiar and special Italian. Of course there will be interminable revisions, much polishing up, and an editor will have his or her say. But essentially this is the way with translation, whether it be me or Leopardi; or some other translator and the latest Chinese Nobel Laureate, or some Russian translator and De Lillo or Franzen: the book is fed through a hopefully receptive mind, which inevitably leaves its indelible stamp on the translation. Let the academics argue the issues back and forth; what I have to do now is read honestly, and pray for inspiration.