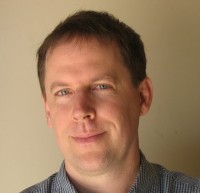 Mark Coker, founder of Smashwords, is moving his company — already heralded as the largest, global, indie, self-publishing digital outlet — to an even more global playing field. As international as the distributor/publisher is, all instructions on the Smashwords site remains in English (including a very lengthy and comprehensive self-publishing guide written by Coker). That is about to change since strong partnerships with international distributors has tilted the balance slightly and the catalog includes numerous books of other languages. Clearly, writers in countries other than the United States have caught the self-publishing bug.

Ah, the digital self-publishing world. Writers who used to spend months, and even years, bouncing manuscripts out to agents and playing the long waiting game with odds stacked greatly against them can now upload their works with a few nimble keystrokes. The brick and mortar publishing houses have to contend with big competition from savvy self-publishers in the digital marketplace. The self-published-on-Smashword’s The Autobiography of a Normal Bloke by Tom Kavanagh might find it’s way on Apple’s iBook “Breakout list” of hot self-published titles, taking precious screen seconds away from a digital ebook of, say, Cheryl Strayed’s Knopf-published memoir Wild…

Last year Coker and his gang embarked on translating key writing resources into several languages for writers around the world. “All of the materials I’ve published are aimed at helping writers, but those resources have been available only in English,” says Coker. This, of course, explains why 90-95% of their titles are produced in English. “I’ve written three books, but the Smashwords Style Guide has been downloaded 300,000 times. Now, a volunteer effort of writers around the world have begun to translate that title into German, Italian, Spanish, Dutch, Danish, French, and Bengali.”

Coker on self-publishing: “The rest of the world is entrenched in an exponential growth phase. It’s impossible for the U.S. market to double or triple every year; our market has slowed by 30%.”

While they don’t act as editorial gatekeepers, they do have a mandatory set-up requirements that must be met. Books have to be original, and must have quality formatting (per the style guide that Coker wrote). Each title requires a cover image. Accounts are free for writers to set up, and 85% net revenue goes back to the author. It’s free to get an ISBN number and to update editions.

While Smashwords does support the publication of books in virtually every language, what they don’t do is translate them. Smashwords has supported up to 50,000 writers around the globe, and their homepage, which lists a running roster of the latest books to be uploaded, is beginning to show more languages. Niente Stoffe Leggere by Domenico Calcaterra ($5.19) is written in Italian, and one peek into Google Translate shows me I won’t be able to tackle it with any fluency, anytime soon (“Criticism, in its paradoxical space of existence, it looks like a run to return. A research that has the flavor of push aside the veil, shake off the dust from his life.” Badly done, Google. Badly done.)

Nevertheless, the Smashwords Top 100 titles leans very heavily toward the romance and erotica genres; the subjects cranked out by “the top 25 authors” list is similarly parceled, from historical romance to erotica to financial self help and back again. The number one author who’s looked up is Philip Bradbury, who wrote How to Get Out of Debt… and stay out of it forever. ($2.99).  D. Patrick Miller rings in at #21 with My Journey Through the Jungle of Sex (free). Sari Friedman closes out the list at #25 with her sci-fi fantasy Climbing the Air (99 cents).

Self-publishing is awash with random subject matter and terrible cover designs, but new authors around the globe are getting savvier about stepping it up. The simple publication formula remains as democratic as it does in the United States. “The ebook first took hold in the United States. We had the primordial soup of tools that all came together, including major retailers and low-cost/high-quality products. Now the rest of the world is entrenched in an exponential growth phase. It’s impossible for the U.S. market to double or triple every year; our market has slowed by 30%.”

Smashword partners with major distributors such as Barnes & Noble, Kobo, Sony Digital Reader, Aldiko, and more, but it’s Apple that’s pushing writers from around the world into global distribution. Today, a writer in Colombia can upload a book and see it in the iBookstore a week later. There’s now an opportunity for readers around the world to have far more access, and at a faster rate than before (Smashwords has supplied over 150,000 titles to Apple). “The exciting thing is that because distribution is our primary business, retailers are expanding internationally. For example, the iBookstore is in 51 countries. Fifty percent of all Apple sales are from outside the US. That’s huge.”

Their distribution model has given self-publishing authors digital visibility similar to those published by the largest houses out of New York and London. In a blog entry that Coker recently penned, he explained how Apple iBooks in Ireland and the U.K. are putting their big merchandising dollars behind indie books, largely because the low price point is an attractive incentive for customers. (Most are priced between free and £2.99, though writers are able to set their own prices.) One recent “Breaking Out” list on Apple featured 55 independently published titles, 40 of which were sent to them by Smashwords.

Coker has faith that his authors stand a chance to garner some of the merchandising powers of the large distributors because they’re already accustomed to publicizing their work from the Smashwords platform. “Smashwords authors who do a great job of wowing readers with their books stand a shot at gaining similar merchandising attention in the future.”

Mark Coker will be presenting two events at this year’s London Book Fair: First, at the Digital Minds Conference on Sunday, April 14 and then Monday, April 15 in a session entitled Self Publishing 101, 3 p.m. to 3:45 p.m. at the Author Lounge.