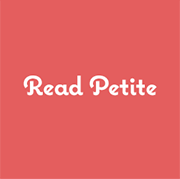 Slashgear.com reports that Tim Waterstone, the original founder of the UK bookstore chain Waterstones, is making preparations to launch a new digital book business that promises “a rich reading experience for time-poor readers.” Called Read Petite, its model resembles that of several other simliar “shorts” publishing programs around the world.

Read Petite will offer subscribers access to content for a small monthly fee (estimated to be somewhere in the area of £5 to £12 per month). The project will, following in the wake of several similar startups, like the Delay App and Plympton, which specialize in short stories and serializations — both literary forms which Waterstone believes will be well-suited to commuters and other time-pressed book lovers.

As he told The Daily Telegraph, “It worked for Dickens and it worked for us. If you are going to read on a laptop, or a smartphone or a tablet, [a short story] is about as much as you want. This is not slush pile publishing. There is an absolutely staggering treasure trove [of material] available.”

Read Petite will only publish works by authors who have already been published by a “traditional” publishing house, although the material itself may not have been published. Waterstone reported that it has already “unearthed” little-known works by such major British writers as Graham Greene and Aldous Huxley.

Plans are for Read Petite to launch by the end of the year.