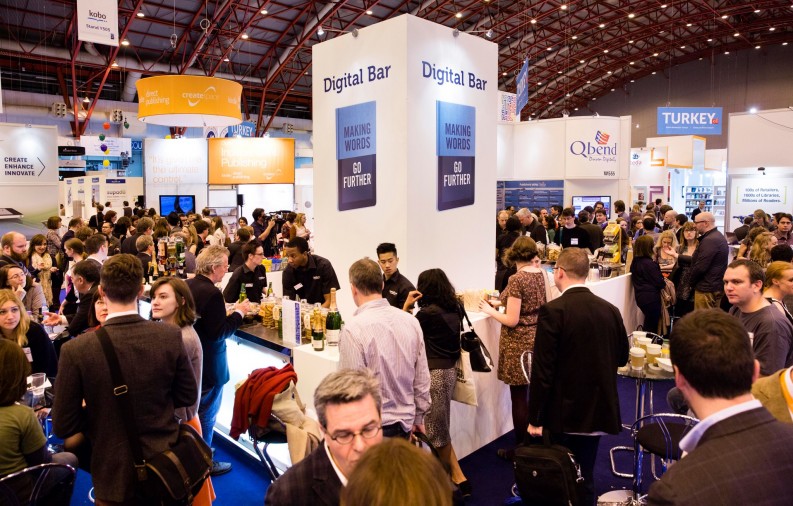 The Digital Zone at the 2013 London Book Fair

International publishers and booksellers at the London Book Fair this year have become increasingly vocal about their difficulties in working with Amazon.com. Privately, publishers raised concerns over Amazon’s term demands, its listing of editions for which it doesn’t have territorial rights and its sourcing of titles from wholesalers.

Speaking off the record, as has become the norm when Amazon is involved, one senior figure said: “Everyone is talking about reaching a horrible place on terms, and I think there’s increased frustration from publishers concerning data and their listing of multiple editions, often flouting territoriality.

“It may be that there is a problem with data fields, but there are conspiracy theories around. Trying to fix it is slow and difficult. Also, we’re finding that when it’s your own edition, they’re often not sourcing it from you. They’re going to a wholesaler in a different territory — Ingram, for example, or someone in India — where it might be cheaper. This can be bad for the author because it means they’re receiving an export royalty, which is lower.”

Talk of Amazon selling “grey imports” in the English and Spanish-language markets is not uncommon.

A top executive from one of Spain’s “Big Three” based in the Americas confirmed to Publishing Perspectives they had learned that Amazon was selling an imported edition of one of their firm’s blockbuster bestsellers in Spain, even though the parent company of the same firm held the rights for Spain and produced a local edition. When the problem was raised with Amazon, the company attributed it to a “metadata” error.

On the data feeds, one publisher pointed out: “You have to apply to them to change it, but it can take up to four weeks.”

Yet another publisher complained that when confronted with the error of selling import editions, Amazon only agreed to stop selling the books once they were presented with evidence of their legal obligation to do so. What’s more, when more than one title from a publisher was found to be imported, Amazon required individual requests for every title, an onerous process that is potentially costly and time-consuming — especially for cash-strapped publishers in Spain.

Still another publisher noted that when it comes to data, essentially, Amazon want to have all the publisher files — ebooks, POD — so they become the supplier and cut out the publishing industry entirely. They’re trying to get all the IP in — they want those files.

“Also, they’re the only company whose terms go up every year, even if your figures with them go down. Bookstores have stopped charging for windows, but Deal of the Week on Amazon will cost you £15,000.”

In a more public forum, on Monday the “Great Debate” — a popular Oxford-style debate at the Fair — asked whether people agreed or disagreed with the premise that “Amazon was a positive influence on the publishing business.”

It should come as no surprise that Tim Godfray, Chief Executive of the UK Booksellers Association, argued in opposition. “My contention,” he said, “is that Amazon has gotten so big that they are not competing, but destroying the competition.” He went on to outline a number of grievances, from Amazon’s use of Luxembourg as their European headquarters, a status which allows them to charge just 3% tax on purchases vs. much higher rates had they been based elsewhere in the EC, to the fact that they are encouraging customers to showroom — to browse in bricks-and-mortar bookstores but shop online.

Robert Levine, author of Free Ride, rehashed complaints about Amazon’s use of a right wing security agency to oversee Eastern European workers in German distribution centers and the company’s reliance on algorithms to recommend books. “I wouldn’t be surprised,” said Levine, “that in two or three years time you’ll find that Amazon is largely recommending books published by Amazon.”

Arguing in favor of Amazon were two publishers, albeit of very modest size: Irishman Eoin Purcell, editor at New Island Books, and Jennifer 8. Lee, publisher of DailyLit/Plympton — a company that worked closely with Amazon during its launch.

Of the two, Purcell offered the most cogent argument, suggesting that Amazon was unfairly maligned. He stated that its competitive advantage stemmed from the advent of the Internet, not from unethical business practices. Of Amazon’s residency in Luxembourg, a status which allowed it to charge cut rate VAT rate of 3% on purchases vs. much higher rates had they been located elsewhere in the EU, Purcell stated flatly that “they are taking advantage of tax loophole that any publisher would if they could.” He added that the challenges publishers are facing in the economy today are due to their own irresponsibility. “Maybe were were taking it too easy for the last century and we just got a wake-up call,” he said, adding, “Amazon is just the symptom, it’s not the problem.”

When a final tally of votes was taken from the audience to determine the debate’s winner, 59 members of the audience agreed the Amazon was a positive influence, while 117 disagreed.

One audience participant — an independent bookseller — noted, wryly: “The one real innovation that I can see that Amazon has brought to bookselling is in the area of accounting.”