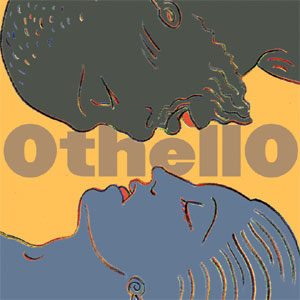 As Publishing Perspectives’ epic exploration of the plays of William Shakespeare, The Play’s The Thing continues, we’re moving on from the so-called “problem plays” towards the greatest of the greatest: the tragedies. And our next play is very much one of those greatest: Othello.

The story of a soldier driven into a murderous fury by his wife’s apparent infidelity first appeared in a sensational Italian novella, but Shakespeare transformed this seemingly small-scale drama into an epic emotional tragedy, with what is perhaps the most heart-stopping of all his finales. And, while it might not have the cosmic or philosophical resonance of, let’s say, Hamlet or King Lear, an argument can be made that Othello is Shakespeare’s most gripping — as well as tormenting — play.

A story of sex, jealousy, and race, it is, in fact, perhaps the most human of Shakespeare’s tragedies. As William Hazlitt described it, “It excites our sympathy in an extraordinary degree. The moral it conveys has a closer application to the concerns of human life than that of any other of Shakespeare’s plays. ‘It comes directly home to the bosoms and business of men.’ The pathos in Lear is indeed more dreadful and overpowering: but it is less natural, and less of every day’s occurrence. We have not the same degree of sympathy with the passions in Macbeth. The interest in Hamlet is more remote and reflex. That of Othello is at once equally profound and affecting.”

Our reading will begin on Monday, April 15th. We hope you’ll join us.

Purchase the play and join our online discussion at The Play’s The Thing.