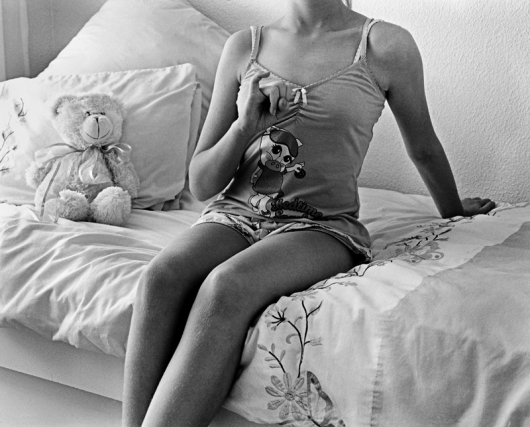 JOHANNESBURG: When it comes to art, everybody knows where the money is: Manhattan, London, Paris. But money does not necessarily translate into quality, energy or even creativity and the bold souls who venture into more “peripheral” regions may find some very rewarding work out there.

This little outfit on the periphery might be demonstrating a way forward.

For instance, Johannesburg is nobody’s idea of art central, but then again, outside of South Africa nobody really has a clue what’s going on in the city. However Johannesburg is home to the world famous artist William Kentridge and, since 2010, Fourthwall Books, an independent publisher “established to publish beautifully designed and written books on art and architecture.” In the short space of time since, editor Bronwyn Law-Viljoen and art director Oliver Barstow have produced a range of intriguing projects, while coming up with inventive ways of operating within the limitations of South Africa’s small publishing industry.

Turning an Idea into an Endeavour

“We started with no capital, just an idea,” says Law-Viljoen. “Both myself and Oliver had a background in literature and books. I’d worked for Aperture in New York and then was hired to run a company in Johannesburg. I did everything — the marketing, the editing, the publishing, the contracts — everything except the design. I’d been itching to do my own thing, to do books the way I wanted them done. I met Oliver and it was a natural partnership. We shared a lot of the same ideas. He was a designer, I was an editor — the ideal combination of two people” As a microscopic art publisher in a small market with a staff of precisely two, Fourthwall faced serious challenges. However Law-Viljoen and Barstow knew Kentridge, the heaviest hitter in South Africa’s art world. The son of prominent anti-apartheid lawyers, Kentridge is internationally known for his prints, drawings and animation, having enjoyed a major show at MoMA in 2010 and also having directed a version of Shostakovich’s opera “The Nose” at the Met in the same year. In 2009 meanwhile ““Fire Walker,” an 11-meter-tall sculpture he designed went up on a former traffic island in his home city.

“It depicts a female figure with a burning brazier on her head,” says Law-Viljoen. “Women make a living this way — they put a concrete block on their heads, then a brazier on top of that, and then walk into the city to sell the food they are cooking on their head. There are not many of them left, though.”

Law-Viljoen and Barstow decided to publish a book on the project, but this was no mere catalogue or slab of shiny paper for the coffee table. They took bold risks with the content. “We came up with whole concept — and Kentridge was quite nervous about it because the book had a critical aspect. There are five essays in the book and two of them are critical as to who gets to put up an 11-meter sculpture in the city, asking questions about why it is a prominent white male artist who is celebrating black women. So Kentridge was nervous, but he let us do it.”

Firewalker was a success. The first deluxe edition sold out enabling Fourthwall to fund the regular edition. That in turn was picked up by DAP for distribution in the US. “They took 200 copies and it’s almost sold out. We didn’t make any money though — shipping costs to and from South Africa are very high.” An Image from Pinky's Promise

Since then Fourthwall have pursued other interesting projects that larger, more established publishers might have avoided. “Our size enables us to do things under the radar,” says Law-Viljoen, which combined with their position on the “periphery” liberates them to conduct radical experiments, such as Pierre Croquet’s Pinky Promise, a book that examines child abuse from the point of view of victim and perpetrator alike.

“Croquet, the photographer, included both sets of stories. It was a tough call, including the perpetrators. He gathered lots of material. The portraits are all by Croquet but there is also a lot of ephemera in the book—letters, family snapshots, for instance, while the text is composed entirely of transcripts from interviews.”

Pinky Promise met with acclaim in South Africa, and a year and a half after publication Law-Viljoen is still getting calls from news outlets seeking to run reviews; this interview was conducted not long after Olympic paralympic sprinter Oskar Pistorius was arrested for the shooting of his girlfriend and the event had put issues of violence against women and children into the forefront once again.

“It’s a weird book, a crossover art book that deals with a major social issue. We were expecting a lot of outrage but it just seemed to be right to include both sets of stories, to understand how sex offenders work. People read it from cover to cover, and it really is repellent to learn how an abuser goes about abusing young kids. Croquet had legal advice — he was very careful how he represented the children, and the kids’ faces aren’t shown, and every page was signed off on by both the victims and perpetrators.”

Like Firewalker, Pinky Promise crossed over to the international market and was co-published with Hatje Cantz in Germany. “Our size enables us to do other things, too” says Law-Viljoen. “We like to experiment with paper and formats, for instance—it’s difficult to get nice paper in South Africa. And so we’re also planning to publish a kind of “newspaper” book.

Law-Viljoen explains the origins of this project:

“A British photographer named Jason Larkin came to us. He had been recording the life that goes on around the old mine ducts that surround Johannesburg. Johannesburg is a mining town, you see, and it’s surrounded by big, yellow mining ducts — they’re an iconic part of the skyline. They’re also currently being re-mined because gold dust is still in the dumps. One famous dump next to the highway had a drive-in movie theater on top of it, and as they were mining they undermined the screen so it just fell over one day. Jason is recording the informal communities that have grown up around the mine ducts. It’s a beautiful photographic project, and an American journalist is working with him on the text, and they’re going to do it in broadsheet format. That’s much faster than producing a book, and also enables us to showcase the photography.”

Raising Money and Opening a Storefront

Given the size of the local market, and the intermittent availability of international distribution for their projects, Fourthwall print an average of 1,000 copies per title, though Law-Viljoen would like to go lower for some projects. “But it’s difficult to find a printer willing to do less than a thousand copies.” Artists have to find funding for a book, which is never easy anywhere, but in South Africa — a country with minimal funding for the arts — this perhaps requires more ingenuity than usual. Even so, Fourthwall will not accept money that comes directly from an artist, even if said individual is flush with cash. “We once had an artist fund a project himself, but Oliver and I vowed never to do that again. It made us feel as though we were servicing a product. Instead, if they come to us with a project, we sit down and talk to them about options and suggest who they should approach. One of our books was entirely funded by the Ford Foundation, for instance.”

Recently Fourthwall partnered with Johannesburg based design and project management company The Library to open “Edition,” a combined bookshop and gallery they describe as “a space for books and objects.” The opening of the store was timed to coincide with the launch of their latest collaboration with Kentridge, a “flipbook” entitled No, It Is. But Law-Viljoen is also interested in showcasing quality books from around the world, including other “peripheral” zones such as India. The central obstacle here is shipping costs, which makes the price of a book once it lands on a shelf in Johannesburg prohibitively high.

And so, small, intelligent, adaptable and well-connected, Fourthwall continues to publish quality projects they believe in, some of which have crossover appeal for the international audience, others of which are targeted exclusively at the domestic market. And it’s tempting to speculate — as profit margins wither and large firms become ever more anxious about the bottom line — that this little outfit on the periphery might be demonstrating a way forward even for those future publishers of niche books who live at the “center.”