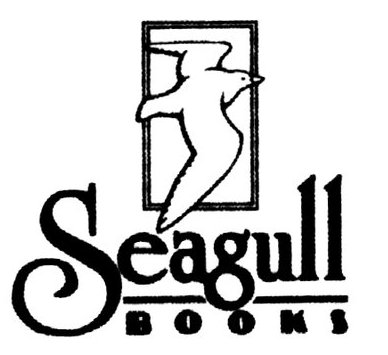 Deutsche Welle recently profiled Naveen Kishore, who, in 1982, founded Seagull Books in India’s literary capital, Kolkata. And today, it is the biggest publisher of translated German literature in the world.

Naveen Kishore’s passion was theater, and in its early years, Seagull Books specialized in theater, film, art, and music.

“It was a very small, sort of limited engagement as far as the publishing world was concerned. Gradually we expanded that into areas of culture studies and cultural anthropology,” Kishore told DW. “There was a lot of Russian cinema. And the growth was linked to doing a lot of events actually in the worlds of theater, cinema, art, and music.”

By 2005, Seagull Books had a list of over 400 titles. And in that same year, Kishore took note of the increasing number of foreign publishers attempting to set up shop in India, which inspired Kishore to attempt to do the same thing in reverse, but on his own terms.

He set up a goal for himself: to travel the world and, working closely with literary agents, find material suitable for worldwide publication. And to help achieve that goal, he opened up branches of Seagull Books in London and in New York.

Kishore also noted that publishing houses in the UK and US had a long history of publishing books by German authors, many of which he had read and loved. “Our country’s bookstores used to stock all kinds of wonderful literature, and then it suddenly stopped because it was no longer viable commercially in the wisdom of a lot of publishers. So that led me very naturally to Gallimard in France and Suhrkamp in Germany.”

Seagull started publishing French and German titles. Other deals were set up, including one with Chicago University Press. DW pointed out that it was “Kishore’s special talent for negotiating, his sensitivity and tenaciousness [that] made it all possible. His work has become a cultural bridge between the East and West.”

Indeed, with the publication of several hundred works in English translation by German authors, Seagull Books is now the largest publisher of German literature in the world. Many of these books are first-time releases, or, because of Kishore’s determination, being reintroduced to the world after spending long periods of time languishing out of print. Among the German-language authors on Seagull’s list: Hans Magnus Enzensberger, Heiner Muller, Ingemorg Bachmann, Max Frisch, Theodor W. Adorno, and Peter Handke. (Seagull also publishes other internationally acclaimed authors, such as Jean-Paul Sartre, Tzvetan Todorov, and Nobel-Prize winner Mo Yan, whose work was published as part of a series showcasing authors from communist countries.)

Kishore’s publishing concept is simple: “You often feel that you have to publish people who make sense to you,” while knowing that no one can predict with any certainty whether or not a book will be successful. “In my mind you have to pay a price for this kind of philosophy and this kind of thinking in publishing, which is quality thought and literature; you put it out there and you hope it will find a buyer. It will never be a successful corporate business in the way you and the world would understand it. But it will carry on because ultimately the list is so strong.”