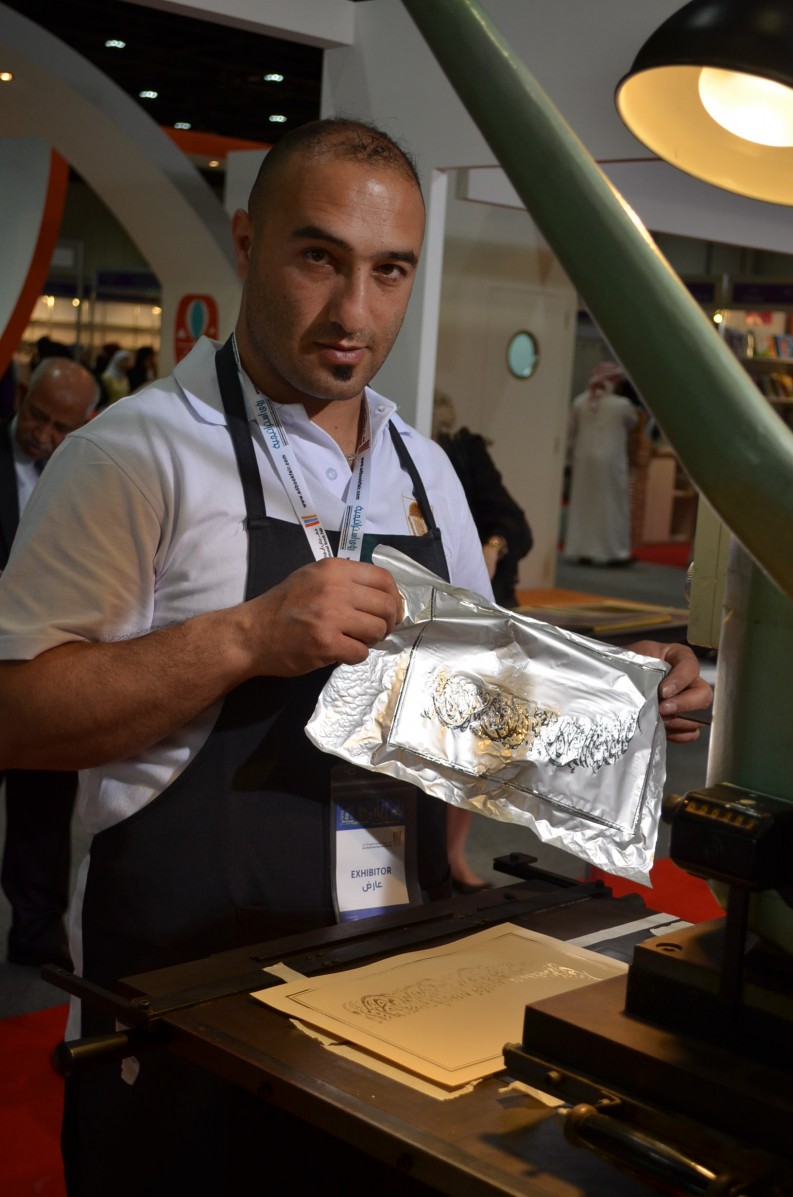 Walking the aisles in the air-conditioned splendor of the Abu Dhabi International Book Fair this week, the physicality of Islamic holy books is impossible to ignore. Lavishly decorated Holy Qu’arans, religious texts or works by Arab poets of old glint at you from almost every corner, their intricate, tooled covers catching the light. There’s enough gold leaf on display here to pay off the UK’s national debt.

This year, Beirut-based Dar Al-Baroudi, which specializes in high-quality, traditional leather-bound books, has even brought its gold-blocking machine with it, so fair-goers can see beautiful books being made, as if they are in an ancient workshop. It’s strange to look at its giant lever pointing towards the heavens and realize that this was once new technology. One of the paradoxes of the Arab world is that people will tell you there is no culture of reading, yet at the same time there is clearly huge respect for its religious and poetic heritage, as evidenced by the many beautiful editions on display.

Holding a beautiful, $350 edition of Arabia’s most famous poet Al-Mutanabbi, Dar Al-Baroudi’s MD Mohammed Omeirt said: “You cannot do this with digital. This is art. You want to see. You want to touch.”

The devout of all faiths adore their books. They carry them to services, mark their most cherished passages and pass them on to the next generation. Can the same ever be said for a digital edition?